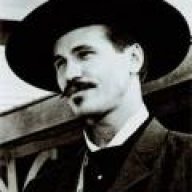 APPEARANCE:
Tall, dark, and handsome, Lyle is easily picked out by his striking features and intense eyes. His frame is lanky, but well muscled with fair skin and dark hair.

BIOGRAPHY:
Much is unknown about Lyle aside from his Hapan heritage and penchant for the baser things in life. His demeanor and wit often give hints at a more prestigious upbringing among nobility and royalty, though his thuggish goals and coarse instincts often counter such thinking.

All that is known is that Lyle, if such is his true name, arrived a few years back on Nar Shaddaa and quickly made a name for himself as a hired gun with a hankering for narcotics, money, and female companionship.