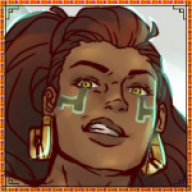 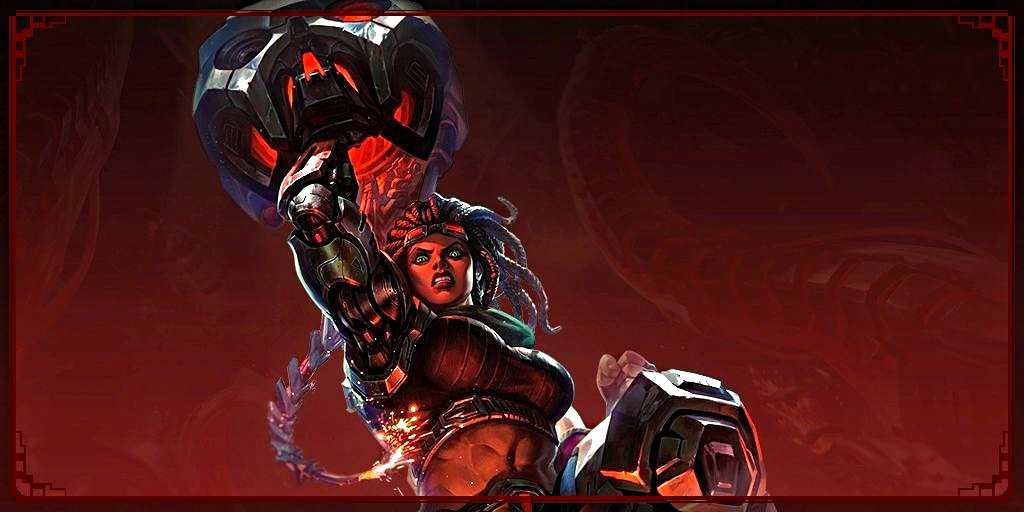 “The Horde follows me. I do my best to earn that. Anyone is welcome to test my worthiness in any way they see fit, but they may not live long enough to tell anyone.”​ 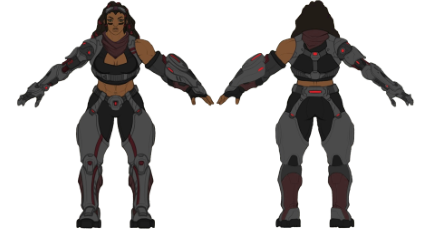 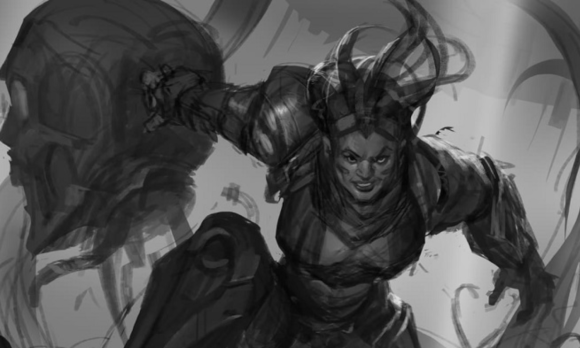 Born Leona Rahali, Leo has never been attached to the identity given to her by her mother. Even as a toddler, she would defy all those around her in her home within Halama City on the planet Halamir. The previous Horde Boss, a Sith Devaronian by the name of Valminuk, had her punished at a young age along with several other dissenters who despised the Boss, publicly shaming them and conscripting them into battles as their front line or, in the children’s case, working them in degrading labor. 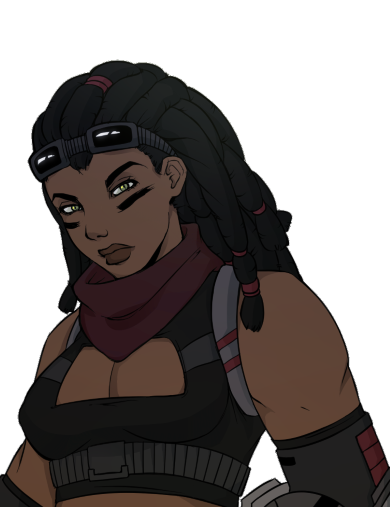 When she was twelve, Leo fought in her first battle, filled up with all the rage and frustration that Valminuk had risen within her. Her first kill was a lowly pirate in a crew that meant to steal from Halamir’s trade route. She stabbed him first, then continued to bash in his skull with her boot until all that remained was a puddle.

Those close to her at the time were those who were just as humiliated and defamed by Valminuk as she was, forced to serve in the front lines just as she was. They kept her outburst of rage a secret as they continued fighting together in battle after battle, many of them dying, but there were always more cropping up. The Horde Boss’s tyranny had become more and more evident, while Leo gained more and more support as a war hero, surviving every battle she was thrown into and coming out stronger and harder.

It would become a city-wide event whenever Leo returned from a battle even more decorated than she was. She inspired her younger sister, Veriss, to join her in combat and help to rally more behind Leo’s cause, and soon enough, there was enough support to justify a challenging of the title of Horde Boss. Although Leo challenged [SIZE=10.5pt]Valminuk[/SIZE] to combat, he refused, calling her ways savage and regressive. Eventually, when Leo was nineteen years of age, she earned the title of Horde Boss through sheer numbers and support, and she held a public execution that she performed personally on the man that had made her what she was.

The age of tyranny had come to a close, while the age of freedom and savagery had just begun. Leo led her people proudly, and instead of punishing the dissenters of her rule, she would ask them if they would like to test her worthiness themselves. She never lost a challenge for the next eleven years as the faction she had crafted herself, calling her horde the Renegade Horde, grew in size and notoriety. Any that wished refuge or to defend against Sith or pirates were welcome under her command, so long as they pledged themselves to her.

On her thirtieth year, Leo would see an enormous rise in refugees from the Galactic Alliance territories. The Sith Empire and the First Order had defeated them, and their homes were in terror. She watched and listened to the ordeal as it happened, her Horde growing ever stronger and ever fed up. The Renegade Horde would pledge itself to fight back, and Leo would make sure to do anything in her power to put a stop to the dark side, even if it meant dirty deeds and collateral damage. She wouldn’t sit idly by as people like Valminuk had power.

Tyranny had ended on Halamir, but it still spread across the galaxy like a plague.

“Slay one beast and a bigger one rears its ugly head. The fight for freedom is one that never ends, but we can make the fight for tyranny just as difficult. We will be the bigger beast.” 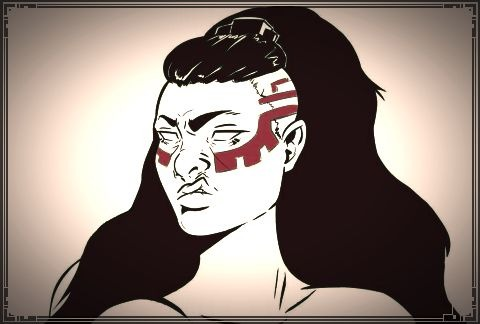 “...Not convinced of my heroism? Everything stated above is fact! All of it is true, and yet… A hero’s tale omits the less-than-favorable details.

“I have used slaves, it is true. Imperials, mostly. When things needed building, and few were willing to risk their lives in dark tunnels, I used the labor of prisoners and other such captives. And it is true that I kept them for the construction of my own monument. It was humiliation, a showing of power to the Horde. They were to see with their own eyes that the Sith and the Imperials were weak and surmountable.

“I regret it. I was called slaver and tyrant. These were not titles that needed to be related to Halamir. Instead, we give our most vile enemies a choice: Fight for us or die. Some would call that slavery still. I call it fair. They are given their freedom should they choose that they are worthy. They are given a chance, something I never had.

“The Horde will always be a brutal, remorseless entity. No amount of politics or violence will ever change that. Should you take issue with this, go ahead and join the soft flesh of whatever other rebel alliances are making the rounds. They’re the breed of ‘good’ you might come to expect. The same breed that was too weak to fight off the Imperials the last time.

“Need I repeat my comment on the bigger beast?”

“That reality is long gone... The Renegade Horde has been defeated, and I have failed my people. The empires are strong, and the horde has been shamed and broken. And yet, I live. For as long as that holds true, I will continue to make it my life's goal to make the empires of the galaxy suffer. They must be stopped. Even as a disgraced leader, even as an embarrassment to the galaxy, they will pay. Mark my words." 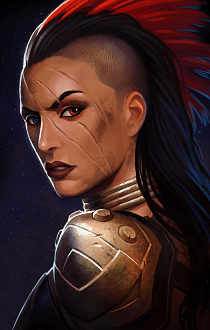 As an added bonus, here's Leo's younger sister! Who's also a very important NPC in Leo's story, so I figured it would be worth adding. 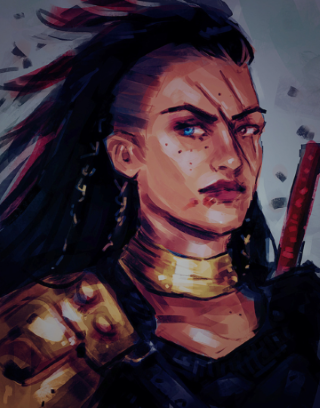 Veriss grew up under the enormous shadow her older sister cast over Halamir, and as such, made sure that she proved herself in a way her fellow Halamirians could respect, directly inspired by what her own blood was capable of. Although she had more time to educate herself during her childhood, having not been forced into serving the Horde like Leo, she was always much more fascinated by the art of combat and war, wondering the ways in which she could make herself the most effective in such a scenario.

After Leo took up the seat of Horde Boss and created the Renegade Horde, Veriss was quick to join one of Leo's elite group of fighters, known as the Horde's Fury. Their job was to rush in without hesitation and leave the enemy without the time to even realize that they were being attacked, boarding and clearing out ships in less than half an hour.
You must log in or register to reply here.
Share:
Share
Menu
Log in
Register
Install the app
Top