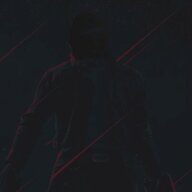 After losing badly in a duel with the Matador during the attack on the Jedi Temple at Coruscant, Mereel found himself in need of a new left arm. Thanks to the cargo missions run by his corvette, for the first time in his life Mereel had enough money to splurge on a big investment.

After doing some research on the species of the foe he fought in the temple, a vision of the ideal arm was created in Mereel's mind: a cold-based weapon platform encased in a hunk of durasteel wrapped in a thin layer of material that, unlike his own armor, would be truly lightsaber resistant.

Not wanting to skimp out on his new weapon's combat effectiveness, Mereel gathered several of the Republic Remnant's weapon designers and challenged them to create a weapon which could fit inside of a heavy metal prosthetic arm while simultaneously being tied to his personal armor's systems. The weapon designer who came up with Mereel's favorite design received 60,000 credits for their trouble, and the dual-palm Cryoban projector system became the basis that the metals of the LF&H 2.0 would be fashioned around.

Getting the required amount of durasteel was simple, but few blacksmiths are willing to part with cortosis considering how difficult it is to mine. However, everyone has their price, and Mereel was able to convince a metal smith in the Unknown Regions to turn over enough of the stuff to create the arm after taking care of a few pirates that were causing the smith's local system trouble.

After that, it was a simple matter of getting all the materials in one place. The weapon's designer and blacksmiths worked together to create the arm, and Mereel was returned to fighting form.

Cortosis explains the IMP/EON, Lightsabers, and Vibrobrade. However, Durasteel does not explain having 'Very High' rating on blasters and slugthrowers, I can see it being 'Average' or, if used liberally, 'High'.