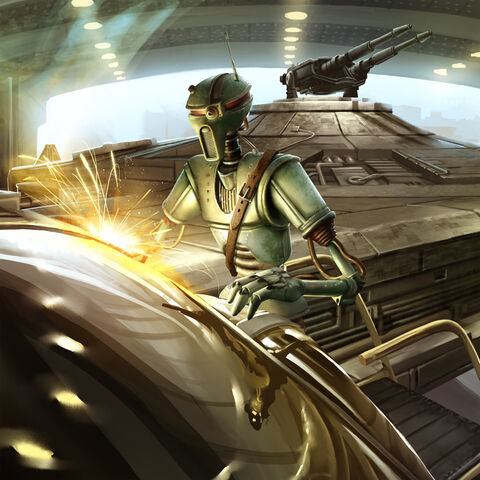 Skills and Abilities:
Leebo often carries a bag with necessary tools with him. Equipped with specialized sensors, holoprojector, single channel long range comlink and computer interface, he is a skilled mechanic and pilot. His programming, being updated by each and every owner, was far more sophisticated than the one installed on stock LE repair droid.