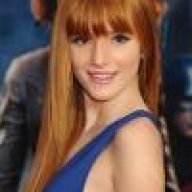 STRENGTHS AND WEAKNESSES (Required: 2 Weaknesses Minimum) :
Strength's:
Medicine, has a strong knowledge on medicine, having studied beside her mother since she was quite young.
Force Healing: Due to training with her mother, she has an almost natural affinity for healing skills with the force.
Weakness's:
Combat: She has some training when it comes to fighting but she has little interest in it other than protecting those she loves.
Mechanics: She did not inherit her dad and sisters knack for ships, tactics or fixing them. She much rather let the pros do that.

BIOGRAPHY:
She is the Daughter of Grand Admiral Jonathan Walsh, and the Ex Jedi Kalia Walsh. She is much like her mother. So Lauren has trained much with Kalia. She loves her family and stays with them for the most part to help her mother take care of her new sister. She in her spare time heals like her mother anyone who needs help. She loves spending time with her family. She has spent her time with the CIS and the Omega Protectorate studying medicine like her mother. She has done some force training but has for the most part just stayed in the background, embarrassed by how known she is for being a Walsh.
KILLS:
Post the names of the PC characters (characters role-played by real people) that your character has killed. If possible, include a link to the thread in which your character killed him/her.