STRENGTHS AND WEAKNESSES (Required: 2 Weaknesses Minimum) :
gas species harder to damage then most
gas species can't interact with things well
can move through just about anything and any space
terrifying image... works both ways
egotistical racist
has to use proxies for most contacts
not much in the way of long range offensive abilities
addict

BIOGRAPHY:
Kraxon was one of four hundred and seventy three Filar-Nitzan, and no mater how hard the biology books of the powers that be wanted to shrink that number they were wrong. Not that they were to be blamed he supposed if a Filar-Nitzan didn't want you to know it was there you simply didn't know. They built no cities and there were no industrial centers to attack. They came and went at will and as far as they were concerned needed no approval to do it.

Kraxon was different in some aspects though. He enjoyed beautiful things whether they be living or decoration it didn't matter. These tangibles amused him. So limited by shape and construct, and so few of them could rise above these limits. He enjoyed the smoky haze of drugs where a mere human might take it and let it go the effects gone, Kraxon made it part of himself. He was at any moment basking in the high that alluded the mundane creatures of the solid. He was greater than they were and they were like insects to him. Some rose above and showed promise their minds greater than the feeble constructs that limited them. Others were worth less than worthy of sentience simply a tool. 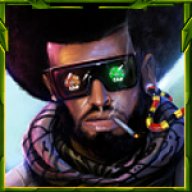