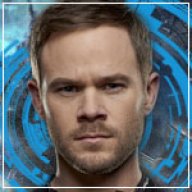 Strengths:
Weaknesses:
Description: With the Pii System growing every day, Ashhearth Industries realized they had a need for something more than starfighters and bombers to patrol their borders and expel pirates. They began to work on designing a heavy corvette to fill this need. After going through several ideas, they came across an idea that worked for the specific needs of the Pii System. This idea ultimately became the Kestrel class corvette. The Pii system now has a corvette to field if need be and Ashhearth Industries has a combat corvette to sell.

The ship is crafted in the simple yet effective fashion that other Ashhearth ships are designed. It has an alusteel frame with a reinforced quadanium steel hull. Between these are starship parts and electronic components. There are three shields installed so that is had two main shields and a backup in case one of them went down. Several weapons were also installed. Eight quad cannon turrets, half laser and half ion, are arranged around the ship evenly so that it can fight off smaller, quicker ships. A turbolaser was installed facing forward so it can shoot at other corvettes and even frigates with some level of success. Several launchers were also installed, 4 missile and 2 torpedo, so that it can at least do some damage to cruisers and larger sized ships. The last thing added was a chaff system with two charges so that it can try to avoid being hit by missiles. The very last thing added was escape pods in case an emergency happens.

The basic and advanced systems were then installed so that the ship could actually take advantage of all of its defenses, weaponry, and be an actual ship. These included basic things such as communication systems, a distress beacon, living quarters, and a med bay. Outside of these basic things, the Kestrel class corvette was also given targeting systems for the weapons and military grade senors to track targets with. An FSDP was installed. It attempts to disrupt and jam sensors around the Kestrel class to make targeting it harder to track and target by enemies.