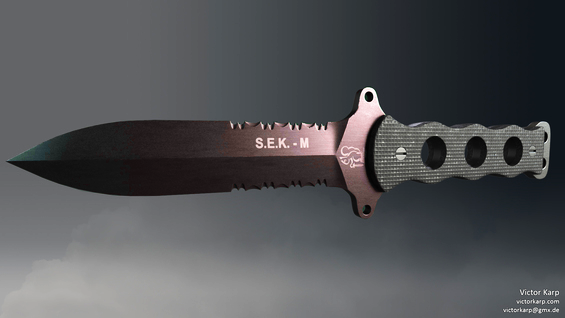 DESCRIPTION
The blade was forged by Keira in part with the wedding rings of herself and her former husband after the latter divorced her through a letter. In order to cope with and shape her overwhelming emotion into something more productive and long-lasting. And so the dagger was born, created from heartbreak, hence its name.

Due to the metals its forged from, it has a resistance to lightsabers and other plasma-based weaponry, though it can still be damaged in the long-term by both. However, due to the short length of the blade it would be inadvisable to parry a lightsaber or block a blaster bolt, as that has a high chance of resulting in the injury, or even death, of the user.

Overall, this proves itself a sturdy and reliable weapon that is highly capable of serving its purpose on the battlefield.