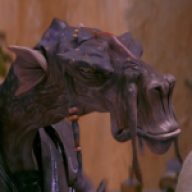 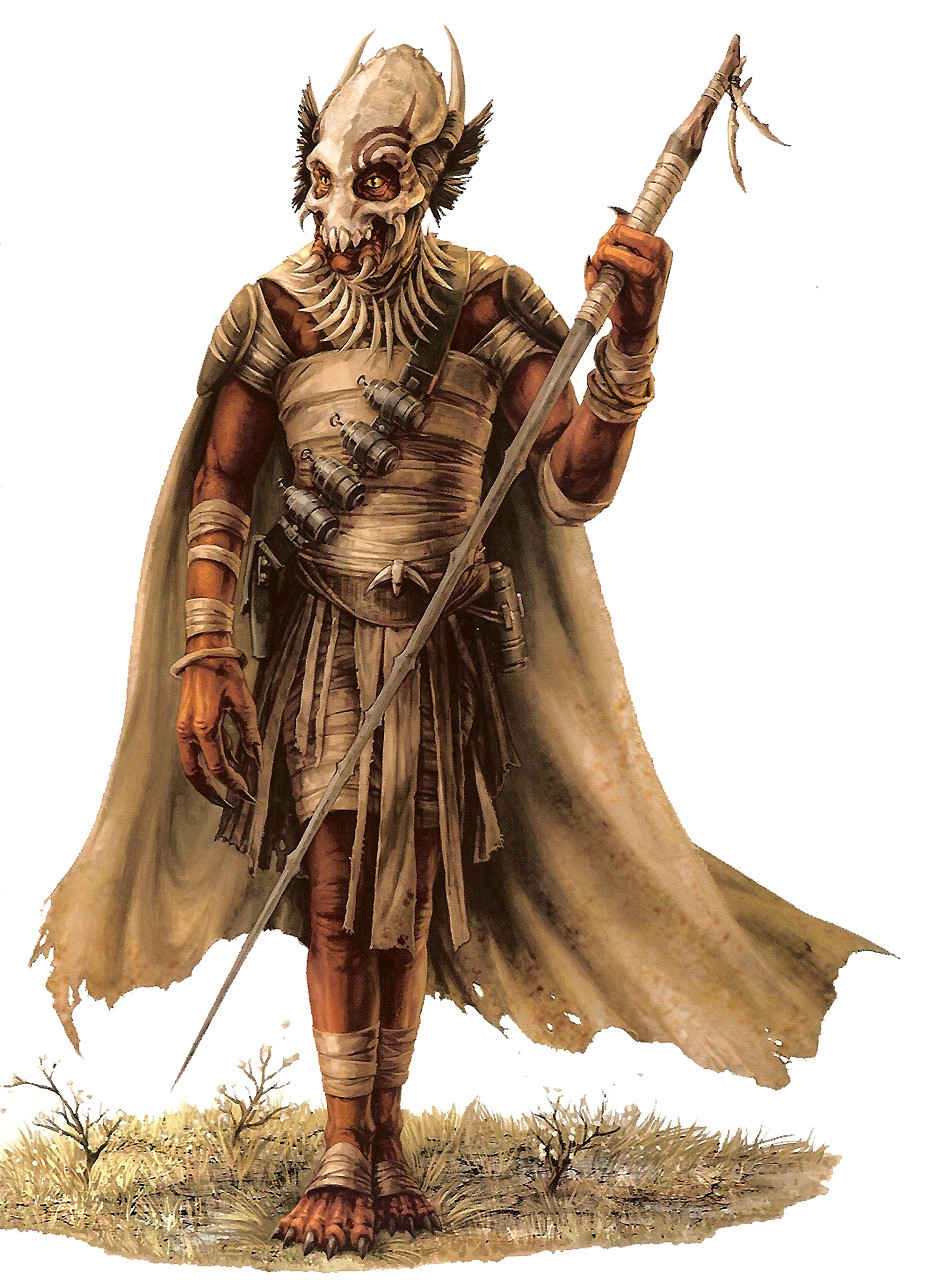 STRENGTHS AND WEAKNESSES (Required: 2 Weaknesses Minimum) :
Quick and agile in movements
Capable of seeing in the dark
Twice the thumb power
Can have multiple wives
Finesse melee fighter rather than winning with brute strength
No force powers
No flight skills
Innate dislike for force users
A piece in the game of Life

APPEARANCE:
Kal'bey stands just over 1.6 meters tall. He has a slender build covered in reddish-brown skin, a pair of tusks jutting out from under his war mask, and long strands of animal fur sticking out from the back of his helmet and down across his scalp and neck to conceal his head from view.

BIOGRAPHY:
Kal'bey hails from Kalee and was found by the pirate Nizzalal'dira while out skirmishing with his companions. Whatever strings were being pulled behind the scenes had since paid off his own people to encourage him to go with the pirate whom had likewise been encouraged to go and obtain a young warrior from Kalee. Kal'bey had little to no experience in the galaxy but Nizzalal'dira took him in and began teaching him more about the galaxy as they were pit across various small scale adventures and ruin-based treasure dives. Now they were moving up to try a larger score with the puppeteer continuing in the background to complete whatever nefarious deeds are afoot.

Tune in next week to find out what happens!

ROLE-PLAYS:
So soon most of you didn't even see what was here before it was an rp!
http://starwarsrp.net/topic/19027-the-great-puppet-show/ And it rides forth on the backbone of the ancients.

Before any panties get in a bunch, I'll be exploring and using some of the "Rare List" tech requirements in the thread to get to this point. So fret not, fellow nerds. I am not a douche.
Kal'bey Altik Bio
You must log in or register to reply here.
Share:
Share
Menu
Log in
Register
Install the app
Top