Jokers Gambit (Bolivar, Open to whoever)

There is a myth that the force balances itself between the light and dark sides, the force extends into us all and that the force is the reason behind every thing wrong in today's society.

Well, that is not only truth but relevant facts, the galaxy is concealed in darkness while having light poured into it, the governments lie and deceive their own while making each other suffer, When I first started to train in the force I was naive, headstrong and an idiot.. I believed the Jedi Order were the protectors of the galaxy and the Sith Empire were the bad guys of old.. Boy was I wrong.

I joined and helped to pull together the Fringe Confederation, just to come to find them betray my loyalty, Now I am among the allies to the insolent republic and find myself at a cross road.. but no longer will I stand idly by and watch civilizations torn asunder, no longer will the fringe get away with destroying and enslaving worlds and no longer shall the light side play off their own lies and try to make the dark side out to be the ultimate evil...today I stand tall, tomorrow I will start a war between factions, but now is the start of the biggest conflict in history. 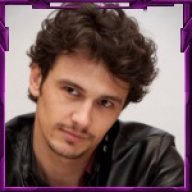 "What a lovely night for flying!" High over the quiet city of Coruscant, a strangely garbed man flew with a joyful spirit. A smile plastered to his face, he looked down into the streets, searching eagerly for something fun to do. "What can tonight bring us? Will it be riches? Will it be fame? Fortune and glory shall tumble upon me!" He let out a roaring laughter, but not before choking on a small bug. "Ack! I need to be quiet more often."

Walking the streets of Corsucant with her cloak concealing her appearance she watches as the Jedi go about their dull miserable lives and hopscotch over the duties of their fallen brethren, her mind focusing on the landscape only a short distance from her, when she fell to the dark side she was trained in the white current, and even though she hasn't used it in the last decade or so she still knows how to get around with it.

Last time she was here her daughter Nefas had welcomed her back into the order, while the masters distrusted her some welcomed her back into old arms, yet as it remains she was never truly one of them so it makes it the more easier, she would end up doing her duty to the darkside.. and with the explosives she has on her person she would take out a nice city scape and make off with the start of her bigger goal, the Jedi want to believe they are protected but it is the fact their borders will be breached and their own torn from them.

Walking among the shadows she smirks at the senate building and shifts into the form of a senate guard and waiting for her time to strike.

Looking down, Bolivar noticed a nice-lookin senate building, and stopped for a second. "Senate means big money. Oh ho ho, this will be a fine catch!" Rocketin down to the building, he landed on the roof, pulled up his goggles, and walked into th service hatch.

Ditching the cloak and walking up to the maintenance entrance she uses a force pull and gently opens the door and enters into the senate building, walking down the hallway she smirks as she passes a few guards that are too occupied to notice her.

Getting to a lift she walks inside and it ascends to the senate floor, not inside but just on the same floor.

Crawling through the air ducts, Bolivar activated his infrared goggles and began to look around. He figured the top floor he was on would be the senate floor, where they kept all of their valuables and held meetings. In one room, he noticed three hear signatures conversing with one another, and two in another room. Then the elevator dinged. Looking over to it, he noticed a single female heat signature walking out.

Shedding the illusion her form came in an all black outfit fit for a mercenary with her saber staff fitted in a back harness and her saber batons bouncing off her arse as she walked, she looked around and her mouth and nose was hidden by a gas mask...she walked up to the senate chambers and blasted the door open with a force throw and then walked in while staring down the inhabitants inside, she looked the part of a force capable assassin and held her posture as a goddess..

holding out her hands she blasted some of them out the windows and crushed the rest quickly and then began to stalk around the room as she was looking for a valuable item.

"What's this?" Keeping his eyes on the signature that came from the elevator, Bolivar watched as she singlehandedly murdered all three of the other figures. One even flew out of the window. And what was that hear in her hand...? A lightsaber! "Fracking perfect." Sighing, he opened the ceiling hatch and dropped down, almost directly in front of the woman. Shutting off his infrared, he gave her a warm smile. "Well hello there madam. I believe you've dropped in on my profit."

Watching as a man dropped down she smirked underneath he gas mask and looked coldly at him, he looked the part of a profiteer and stunk of dirt... as she remained there she held her hand and clutched at his throat trying to use a force choke on him, if it worked he would end up being choke and if it didn't she would need to deal with him personally.

Your profit? she hissed as she stood there, as she held her position she blasted him with another force throw that could end up in him slamming into a wall.

(Duels can always help to make two work together)

"Wooahhh!" As he crashed into the wall behind him, Bolivar grimaced in pain, but only for a second. Getting back up, He dusted himself off, dusted his hat off and replaced it on his head. "Now look here, Miss... I'm not looking to fight a force user. However, it is only common courtesy that you leave now. This is my loot, seeing I was the first in the building." Not standing in defiance, he kept his classic charming smile plastered to his face. It usually won him through. Hopefully, this was one of those times. 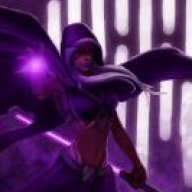 Character Bio
Vinyata crawled a surprisingly fast speed through the matinance shafts of the Senate Building, quietly reminiscing to herself about the days of the Old Republic. It felt like yesterday I was on the verge of becoming a Darth, now I have to earn back the force powers and political dominance that I once help Vinyata thought enraged. Ever since Lord Vinyata had awakened from her stasis, she had felt much more like an Apprentice Vinyata. Just like the days with Kranak she thought, contorting her body easily to climb from one matinanance shaft to another leading head first downward. Her thoughts of her former master brought a slight spark of warmth to her heart. Kranak had been her master during the days of the Old Republic.

Focus on the mission she told herself as she descended like a spider through the maze of shafts, tubes, and electronics. After Vinyata had recovered from her stasis, she had returned to the remains of her former masters base, to recover as much artifacts and history as possible. Discovering that one of her masters most precious holocrons had been taken, Vinyata had pursued all leads she had found with a vengeance. Over the next few weeks, with the help of fellow Sith, Imperial Intelligence, and her soldiers, Vinyata had discovered that her long dead masters holocron, (his most valuable), had been captured by a Jedi Shadow, a Jedi Shadow that was in the Senate building right now. Vinyata wanted the holocron for several reasons, one being the holocron could help Vinyata reclaim the powerful connection to the dark side of the force she once possessed, the other being duty to her former master. She did not want someone so close to her losing one of his most valuable possessions to the wretched Jedi.

Vinyata pulled out a small datapad that was tracking the location of her target. Reading the datapad, she could tell the Shadow was on the floor below the one she was about to descend onto right now. Tucking the pad away, Vinyata waved her had and a hatch embedded in the ceiling of the corridor she was above opened up. Using the force to wrap herself in an invisible soundless force cloak, Vinyata left onto the floor below.

She walked cautiously down the hallway when she started to sense disturbance in the force. Curiously overridding her, she ran soundlessly and invisibly down the hallway toward the disturbance. Quickly, she came upon two figures who appeared to be in a standoff. The figure closest to her wore tight revealing clothing, had dark black hair, and an unmistakably Sith aura about her. She is also an assassin, Vinyata respecfully thought, just like me. The other was a dirty thief who appeared to be carrying himself in a gentlemanly fashion. Listening on their conversation, Vinyata was absolutely baffled as to why the thief, who had just been pushed by the Sith assassin, was trying to force his case upon her.

Revealing herself, Vinyata spoke:
"You aren't in a position to be bargaining theif, she is a trained Sith Assassin just like me. What do you want anyway?"

The Gambit of Malice
2

NEED TO KNOW (open to all)

C
Prison Break (Open to All)