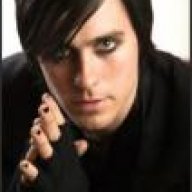 STRENGTHS:​
+ He is really mischievous, don't let that smile fool you. He would steal the clothes off your back if he knew he could do it.​
+ He has amazing reflexes, and his thin frame allows for easy dodging and fast running.

WEAKNESSES:​
- He has a shattered memory, and may sometimes forget how to do something, whether it be something simple like igniting a flame, or something more complicated.​
- He is suspicious of others at first, and doesn't trust easily.

BIOGRAPHY: Jack was born on Vro Kar to two air shapers. Being a troubled youth, he always aspired to be a fire shaper, in contrast to his parents' plans for him. They believed that fire shapers were more warlike, and always turned to violence. He would show them. Growing up in his young age, he began to learn how to use fire at seven. At eight, he had nearly mastered the ability to generate fire t will. Through his training, however, he never once resorted to violence. Needless to say, his parents were impressed. He had made them proud at last when he took down his first opponent at sixteen. In the match, though he was taught with aggressive tactics, he only used those that weren't lethal to the man. In the span of a few minutes, he was standing over the unconscious body of his foe, and declared winner of the tournament. It was soon after that that his parents wished him to learn more than just what they had to teach him, and sent the teen to Coruscant, where he might learn other things, like martial arts or even swordplay. Shortly upon arriving on the new planet, he was cornered in an alley and beaten unconscious. This left him with a concussion and a damaged memory. He was still able to remember some things, like his power, but lost all memory of his home planet and his parents. That is where his story begins.​
ITEMS:​
(Pending)

*fist bump* he needs a mentor, maybe he could hang with you and Lexa? @[member="Morna Imura"]

Character Bio
I see what you did there.

sure man. PM me about what you want for the character and what not.
@[member="Jake Travers"]
You must log in or register to reply here.
Share:
Share
Menu
Log in
Register
Install the app
Top