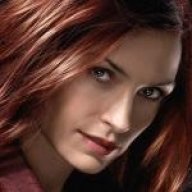 [SIZE=11pt]With the development of the Firestorm launcher, a suit of armour was needed to carry such a potent weight, but also be useable in combat. Thus, the Ironside came into being. Using thick plates of armour and full hermetic sealing, the armour can operate on ground or space equally well. The heavy armour can resist all but the heaviest firepower from kinetic or blaster weapons. The exceptions to this are of course lucky shots to the joints or heavy artillery or tank mounted variants which can punch through the armour.[/SIZE]
[SIZE=11pt]Against lightsabres, the armour is less resistant, though better than Stormtrooper armour by far.[/SIZE]

[SIZE=11pt]Ironsides are rarely deployed as whole units, but in ones or twos in squads to carry heavy weapons or to form an assault squad in a larger platoon to smash an enemy front line. They work best at close quarters in the latter case, or for support in the former.[/SIZE]

[SIZE=11pt]The Ironside armour has drawbacks to balance its strengths, but overall is a very effective suit of armour to bring to a battle.[/SIZE]