Invitation to the Game

I'm familiar with your work. Your operation does some fascinating things with fabrics. I've noticed a couple of opportunities, and I believe you're the man to help exploit them.

You might be aware that various parties have finally cracked the secrets of practical nanotechnology. I've also noted patents on advances in combining materials that are notoriously restrictive to work with. And, most importantly, the Galactic Alliance's Grandmaster turned out to be a Sith infiltrator. I've long believed that infiltration is an underserved niche. I'd like to address that opportunity in connection with the other two I've mentioned.

I'm attaching the coordinates for my workshop on Eshan. If you feel ambitious and well insulated, feel free to drop by. 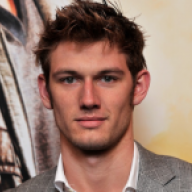 Character Bio
Damian had received the message in short order and pondered the implication. It had come in on a private channel that he was not expecting to have gotten out, He'd need more secure comlines in the future. Still the offer was intriguing and he would have been a fool not to follow up on it.

Chase Fashion, was a simple outfit that made clothing, this was its outward appearance. Multiple companies and people had put money into it but Damian maintained control. Which was great for taking little trips like this. The R&D budget for the company was rather extensive, contributing to his real operation. Spying. Or Action adventure depending on how you looked at the genre. In either case Damian felt unsure being on Eshan and arriving at the predetermined rally point.

Eshan was a planet where people could read your body language. It wasn't perfect of course, but the idea that someone could gauge his feelings from looking at his body instead of his face made his conscious to try and disguise his movements. It took effort and study but was possible and while he didn't think this meeting was a trap it was good practice should he ever need to operate around the Echani. Checking his chronometer he noted the time of the meeting approaching and began to make his way to the appointed place. He arrived thirty minutes early which means he was thirty minutes late. It was barely enough time to scout the area and check for surveillance, customs had been slower than he planned.

Umbrella in hand and wearing the finest suit Damian walked out of the shuttle and towards [member="Connory"] whom he knew about in vague terms and rumor. "A pleasure to meet you." Damian said stepping forward with a hand extended for a firm shake.

Connory accepted the handshake. For his part, he wore his customary armor, minus the helmet. "Likewise, Mister Starchaser. You look supremely comfortable. I'm going out on a limb and guessing your suit is responsible."

The temperature up here was pretty fething bitter. Connory's exposed skin wasn't happy. The rest of him loved the cold wind and the purity of the Eshan tundra. He opened a nearby door and led Starchaser down into the headquarters. The place was clean, functional, a prototyping and research base with minimal office accoutrements.

"Bard Independent is a small operation, just me and a handful of associates. We specialize in limited runs of bleeding-edge technology. Our latest projects were a nanotechnology eradicator and an ionite/nykkalt charged-particle gun, and right now we're looking at a dozen new ideas in various stages of development."

The man himself was much as he expected, but the place was not. Truth was he thought he would be in an operation more akin to Jorus's workshop than this. Everything was clean and sterile and while that had it's own appeal, especially when when dealing with experimental technologies, there was a romanticism that clouded the image of the rugged spacer and his ship.

"You do have an impressive catalog," Damian said looking around. He leaned a little on his umbrella, it's frame taking the weight well. "Although," he said continuing the game he always played when people knew too much about what he did, "I have to say I'm at sixes and sevens pondering why you'd want to get involved with a fashion label."

"Don't be modest, Mister Starchaser: you've been selling Deflex for years. Silicate memory mesh, carbon microfibers, fabric that'll stop a shattergun round. And then you turned it into a tactical...umbrella. Possibly the same kind of unique umbrella that a blonde human male used to beat the feth out of Darth Velok on Thyferra a couple of years ago." He raised an eyebrow and paused at a door. "Or so I hear. It's not often the word 'umbrella' attracts my attention, after all."

The door opened to a retinal scan and a code punched into a shifting flat-surface keypad. Connory stepped into the resultant elevator, which led down to a certain bunker. Though Starchaser wouldn't be cut off from the Force per se, he'd no longer be able to feel or influence anything outside that bunker. Connory considered it a minor imposition and didn't mention it.

Character Bio
"Designed for wealthy men who may be at risk of kidnapping or even assassination. It is all too common in this rather chaotic galaxy." And that was true enough, although it obfuscated the particular umbrella he had used, and now carried with him nearly all the time, was a little different with offensive capabilities. "I have to admit that knowing a fashion accessory has piqued your interest makes me feel proud of my development team."

It was at that moment that he moved into the bunker proper. There was a feeling, an add sensation as if nothing else existed except for the bunker. Damian didn't react, it was a small matter as Damian considered himself a rather poor Jedi and besides showing any discomfort would be poor form.

"As to the incident on Thyferra I would hardly describe the tussle in those terms. I heard the Old Sith gave as good as he got." Damian frowned reliving the brutal fight he had on the planet. The source of all the bacta in the galaxy and he was still injured for weeks after the incident. Bruised ribs, broken arm, cracked bones, loss of blood. It was a horrific experience that had almost come down to one of the two participants beating the others nearly unconscious form with a rock. Damian just happened to get to the rock first. "This bunker on the other hand is impressive. I admit it would make a great place to keep secrets. From rival fashion companies of course."

"Yes, I'm told the fashion universe can be deeply cutthroat," Connory said blandly. "This bunker is ideal. I built it as a proof of concept, out of the galaxy's rarest metal. I flatter myself that I've made enemies among the Sith Lords. Here, no visions or clairvoyance can find me or see what I'm building or what I'm thinking."

One workbench held samples of beskar in various traditional forms: ciridium-alloy plate, light scales, intensely durable foam, and the micronized fabric version that made up crushgaunts.

"I'm considering a self-repair approach based on laminanium," he explained. "This is all Mandalorian iron, even the cloth."

Character Bio
Damian nodded as [member="Connory"] spoke a smile forming on his face. Then he was shown the Mandalorian Iron. 'Micronized' Mandalorian Iron in the crush gaunts made them a durable little device. Damian had fought a man who used them once, which had proved to be more than a little of an annoyance. "I do like fabric," Damian said looking at the table.

Foam, scales, and plate made up an impressive display. "How would laminanium react with the Mandalorian Iron?" He asked. "I imagined the repaired material wouldn't be as sturdy as the primary piece, even if you added microfibers of Mandalorian Iron in the laminanium."

"I had thought about integrating the reactive material of crushgaunts into an underlay. Something temperature controlled and pressurized." Damian nodded, "With how popular power armors are I thought it would be nice to have a more stylish alternative. Also more convenient for anyone who doesn't want to march around in a large metal suit all day."

"That's the challenge, yes. So far, our most effective approach is to bind micronized beskar to the quantum fiber in the laminanium, and integrate beskar into the surrounding medium. At the moment we're looking at microgranules -- limited structural integrity, but excellent energy absorption. We haven't tried microfibers yet, but we're always looking for new ways to use laminanium as a delivery mechanism. As for that underlay, I would buy that in bulk, and I'm sure I wouldn't be alone."

Connory came to a window that looked down on an active stress testing experiment. Beskar really was wonderful, wasn't it. "So this underlay - self-contained power-armor, space suit?"

Character Bio
Damian maintained his composure trying not to smile like a schoolboy as he watched the inner workings of the workshop. It was an entertaining prospect and he almost didn't hear [member="Connory"] when he asked more about his new suit concept. "Yes," he said with a nod a little too absentmindedly. "In this day and age there is very little reason not to vacuume seal such a suit, which would add to its versatility. I don't know if you could call it proper power armor however. More like a simple physical enhancement." Damian concentrated on the task at hand. "While the effect of enhanced strength could be done given the complexity of fabrics I'd imagine the larger benefit would be in limiting fatigue. Also using this method to pressurize a suit would give you good range in extravehicular activity."

It was a pitch he'd had before but never really followed through with. An underlay that could be used in multiple situations. "You could even use the fabric layer to watertight yourself as well. Multiple uses for a single suit."
You must log in or register to reply here.

Invitation to the Snakes Pitt

The Journey to the Light (( Private ))