Tier: 1 (will develop into a Tier 2 as I roleplay)

Description:
The primary source of all ore, metals, and other raw materials used by Mandal Hypernautics in the production of their goods, the Hyperion Mining company has enjoyed a quick rise to prominence thanks to the expanding boarders of Mandalorian influence and continued investment by Mandal Hypernautics in new mining facilities on a wide range of planets. The company also owns a large number of large scale freighters and landing barges.
​
"The Technology You Need, The Quality You Trust."​ 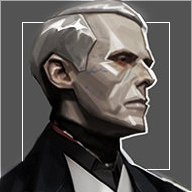 ​Tier II companies may not own subsidies. You're free to resubmit this when your company is bigger.