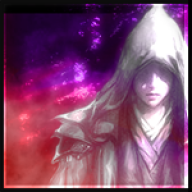 Character Bio
Intent: To give a means to create a non-stereotypical hutt warlord and let him be useful in a fight alone without help from minions
Development Thread: None
Manufacturer: Private
Model: Hutt battle armor
Affiliation:e Private/Hutt cartel
Modularity: Not much. One can alternate between heavy weapons on the left shoulder mount.
Production: Unique
Material: Articulated Durasteel-Russan Copper Alloy Plating
Description: Because of the Russan copper used for show, the armor is weaker than intended against physical projectiles and shrapnel. However, it does fare well against blasters and concussion blasts, as the armor is designed to dissipate such things. It also allows for the e wearer to utilize a heavy weapon (usually an E-web), as well as a pair of blasters, while keeping both his hands open.
Classification: Powered, Anti-blaster, Weapon platform
Weight: 100kg
Quality: Class 8
Other Feature(s): Wrist-mounted blaster pistols (Blackhand Annihilators, one per arm), Heavy weapon mount (normaly a z-6 rotary blaster cannon, mini rocket launcher or a fletchette launcher) on the left shoulder, translator droid inside.

what is the heavy weapon. And take out the augmentation. Armor makes you slower and does not affect your strength or dexterity. Cybernetics do that, but not armor.

Remove the e-web and just make it either flechette, mini-rocket launcher (full blown is a nono), or a z-6 rotary blaster cannon.