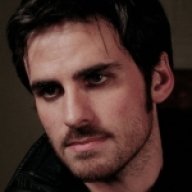 History: Henry Lightinger was born on Coruscant to a wealthy merchant family. As a founding member of the Trade Guild Henry's family were well known among the Republic elite, affording him the rights to purchase warships like the Venator Star Destroyer as part of their merchant fleet.

Though it was expected of him to continue in his father's legacy, Henry had ambitions towards the media. With an eye for details, and an uncanny ability to see things other missed, Henry sought education in journalism. Soon becoming a rising star of HNN Henry received what would have been his first big break, though soon became his down fall. Following the story of corruption within the Senate Henry discovered a secret imperial order working to subvert the Republic from the inside.

His efforts at exposing the infiltration did not go un-noticed however. An Emperor's Hand organized a plot to assassinate the Chief of State of the Republic, with Henry Lightinger fingered as a Sith infiltrator. Following a false lead Henry came to an apartment where the kidnapped Head of State already laid dead, another victim of the Emperor's Hand. In a struggle with the Sith Henry lost his left hand to a lightsaber.

Henry was forced to flee when Sith-controlled members of the Republic began a witch hunt for the imperial spy that assassinated the Head of State. A man hunt finally ended in Rishi where both Republic troopers and Sith cornered Henry in a small freighter. In one final effort to escape Henry deployed in an escape pod just moments before his ship had been destroyed. Believing him dead his pursuers left the place as a grave site to what the Republic would see as the biggest Imperial agent discovered thus far.

Henry's escape pod was discovered by a group who referred themselves as the Carnival of Crime. At first its members wished to turn Henry in for a reward, but his knowledge and access to Trader Guild information led to a string if robberies that helped cement his value to the Carnival of Crime. With his life secured Henry began to think of retribution against the Empire for his fall. Instead of accepting a prosthetic for his missing hand Henry adopted a Songsteel hook as a reminder of the cost of his own ignorance.

During one of their raids on a Trader Guild convoy Henry saw his father's old ship, the Chasing Neverland. Seeing a new opportunity for his life Henry organized the Carnival of Crime and captured the star destroyer. With a newly rearmed Star Destroyer in his hands Henry turned the petty gang into a full fledged Pirate gang and named himself as Captain Hook, a name imperials along the Empire/Underworld boarder soon learned to fear.


Ship: Chasing Neverland: The Neverland is a decommissioned Venator Star Destroyer, used by Henry's father to haul cargo for the Trader's Guild. After the Trader's Guild went through imperialization, and his father killed, Henry took over the Neverland and restored it's weapons and full military usage. Aside from it's paint job, which is a matted black and midnight blue, the destroyer has under gone upgrades to its weapons. Allowing it to be able to fight against the stronger warships of the Empire more effectively. The shields have been upgraded to a Mon Cal redundancy design.