Help Me with a Species Submission? 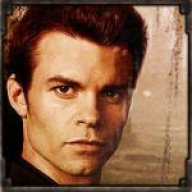 Character Bio
Hey guys, I've never made a Species before, and I was hoping to make something non-sentient just something simple to have on my planet. Whether recently discovered or not, they having been there fo... who knows exactly. Since it is Non-Sentient, there are a few places I get confused with like Culture and Behavior. I like to think of them as acting like Komodo Dragons, but Komodo Dragons don't seem entirely like, "I'm gonna live on the opposite side of this land from my family," do they? They seem like they try to stay relatively near each other, but they are also with a solidarity behavior. If anyone could help... how does the Submission look so far? Strengths:
Size - Its size makes it intimidating to just about any creature not three times its size
Strength - It's mouth is incredibly powerful, able to break bones of average strength
Weaknesses:
Partially Blind - They rely on sense of hearing and feeling; vibrations in the ground, and temperature sensing antennae
Limited Mobility - Their exoskeleton is designed for bending and flexing, but it is also very strong to secure in moisture. Due to this, it can not bend as much as say... a snake or a worm. It is also slower than it may seem, usually less than 3kph. Only slightly more if they are in a 'sprint'

Distinctions: Rarer breeds have glowing flesh, showing they come from the deepest and most moist and cool areas of the planets. Being rare due to far less reaching the surface.
Average Lifespan: 300 Standard Years
Races: See Distinctions
Estimated Population: Currently only discovered on Phorskuh II
Diet: Omnivorous
Communication: Ground Tremors or shakes, which can cause confusion from machinery, sometimes luring them to unknowing individuals
Culture: N/A
Technology level: N/A
General behavior: Solitary
History: Unknown to most researchers, as the creature has only been recently discovered, the Pedehorkas were actually the cause for the moist, wet caverns found much deeper under ground. They are a burrowing and traveling species. Most of the time their tunnels cave in, but some of the tunnels harden and keep their strength, and when the Pedehorkas go up for the planets atmosphere, the wind gets caught inside the tunnel, and catches inside the caverns which when it is cold, traps moisture inside. Some of the caverns on the planet that are top-side were actually commonly traveled tunnels by Pedehorkas, which opened the ground up but formed strong walls. The Pedehorkas were discovered to be the first species on the planet, possibly mostly feeding from the plants and flora that grew in damp caverns, small ones that formed before the Pedehorkas caused large ones to form. But they seemed as though they grew to be predatory, Consuming the other creatures that later evolved from the amount of flora and water pools that were later created by the Pedehorkas.

In their existence, they became the main predators of Phorskuh II, but less savage and blood hungry than most predators. They grew in size and power with their new food sources, but recently they've stayed their current shape. The creatures that evolved and grew on the planet after the Pedehorkas impact soon began to die off as they often entered too much into their 'territories,' however one other creature has lived long enough to sustain itself alongside Pedehorkas.

The Pedehorkas have evolved once more, but in a small and and very rare way. The Pedehorkas that live mostly towards the top soil of the planet are seen the same, dark and territorial, but there is an additional type of Pedehorka. Deep underground, where the largest of flora and water pools are in the planet, light very rarely ever has reached so deep. Since the Pedehorkas hunt by sound and feeling, they created a new tactic for hunting. The flesh that can sometimes be seen between carapace shells, in their mouth, or on their antennae can glow. This can either be used as a scare tactic to force a creature into moving, or a lure tactic, which gives a tantalizing color to water pools that can lure other Phorskuh II creatures. Although rarely, Pedehorkas don't often attack each other. Even the ones found in the deepest caverns are less aggressive. 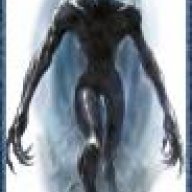 Not sure how much my opinion matters, but I think it looks pretty decent for a species sub. It's clear-cut and to the point.

Might want to throw in something within History though, maybe something about how they have affected life on the planet or whether they've done anything significant to the ecosystem.


You just gave me an idea, thanks Abelain!

[member="Jeron Verity"]
Looks good to me for a rough draft!

Updated with a full history, thanks to Abelains cool suggestion!

Character Bio
This belongs in the Codex Discussion board.


I'm sorry, I think it is done though. Move or lock, should be fine

Character Bio
Thread moved to Codex Discussion.
You must log in or register to reply here.

Help with my concept - What species on this planet?