STRENGTHS AND WEAKNESSES:
+ AGILE: His agility is remarkable due to being a student of his self-developed fighting-style.
+ AMBIDEXTEROUS: Feels comfortable using either hand to do anything.
+ MASTER SWORDSMAN: His technique involves using dual blades, crafted by his own hands.
+ PRACTICAL: Everything he does serves a purpose; why else do anything at all?
+ HONOUR-BOUND: Lives by a personal code determining his every action.
+ HIGHLY EDUCATED: Was given a high level of education by his rich parents.
+ MEDICINE MAN: Has great knowledge about herbs and salves to use when ill or hurt.

- LONER: Groups of people makes him feel uneasy, preferring to be left in peace.
- ANTI-MATERIALIST: Only owns what he wears, along with his two swords, and shuns excessive needs.
- HERMIT: Living alone for so long as clouded his social abilites.
- DISTRUSTFUL: Has an issue with trust in people; scarred by the parenting of his mother and father.

BIOGRAPHY:
Born among his people, the Chiss, Heironeous grew up in a wealthy home. His parents were both highly regarded members of the local merchant's guild on the Chiss planet of Klasse Ephemora, and he was given a high level of education. But as his father started wasting too much credits on superfluous items for his extravagant collections of rare artifacts, the family found themselves in huge debt, and resulted in taking huge loans from the local Kingpin. Ultimately unable to pay back their debts, the mobster had them executed moments before Heironeous managed to escape by jumping through the window and into a river running just alongside their house. There was nothing for him to return to on Klasse Ephemora, as it bore too many memories of his former life. He wished to start anew, away from the greed his parents and the extravagant luxury he'd been born into.
He made his way away from Chiss space by signing up with a war-ship bound to some far away system, it didn't matter which, to Heironeous. He quickly found the strict military life to suit him very much, and he had little trouble adjusting to its equally strict code-of-conduct. He deserted as soon as possible, however, as he was determined not to become stuck in the ways of the military. This was just a means of escape, after all. The ship had made some backwater planet their pitstop before heading back to Chiss space, and a plant with no name was the perfect place for a man looking to be forgotten by the rest of the Galaxy. He stole an escape shuttle and piloted it down onto the planet, crashing into the thick, lavish jungles littering its surface, with high mountains framing large areas of deep forests. The perfect place, indeed.

Unable to find any sort of sentient lifeforms in his explorations, he decided to live off the land; eating whenever he had to, sleeping whenever he had to. The jungles were full of creatures he'd never seen before in his life, and quickly found out which were good to eat, as well as those... less tasty. He did not need to build a shelter; the woods provided for him what he needed. He slept in the trees, befriending the little monkeys roaming the tree-tops. This planet was his to use as he wished, and nobody could ever find him there. He was the top predator, and none challenged him where he walked. His knowledge of medicin given to him by his private tutor back on Klasse Ephemora turned out to be good for something, as he easily managed to put together herbs and make salves for use whenever he was injured in his endeavours.

Character Bio
Csilla was rather hard hit by the plague, in fact AE is currently helping the Chiss Ascendancy reclaim the devastated planet while saving it from alien invaders naturally.

@[member="Akio Kahoshi"] Oh, okay. Any suggestions I could change his homeplanet into, one which wasn't hit as hard, or at all?

Lord of the Chiss 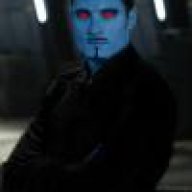 Diana, the founder of the Chiss Ascendancy faction, indicated Klasse Ephemora as the home for the surviving chiss. That would likely be the best location to do what you wish.