Character Bio
It was raining. It had to be raining. There could be no other way.​
​
The brothers had dug deep into the Earth.​
​
The angels had wept over them, knowing their sins and the weight of their guilt.​
​
For the brothers, it was only a matter of time before their guilt, their tribulations and their grievances would lead them back here. The rain slowed down. Heavy tears fell from the skies. Their ancestors, their fallen kin, their brothers, sisters- wept. Wept for the Mantis brothers.​
​
Wept for the Wolves of Mandalore.​
​
He looked upon his brother and struck the metal case with his shovel.​
​
"The moment arrives."​
​
He reached down, and the brothers pulled open the heavy metal case. As the rain let up, Preliat stood tall. He stared at his brother.​
​
"We have come so far, brother."​
​
He let the helmet fall over his worn features.​
​ 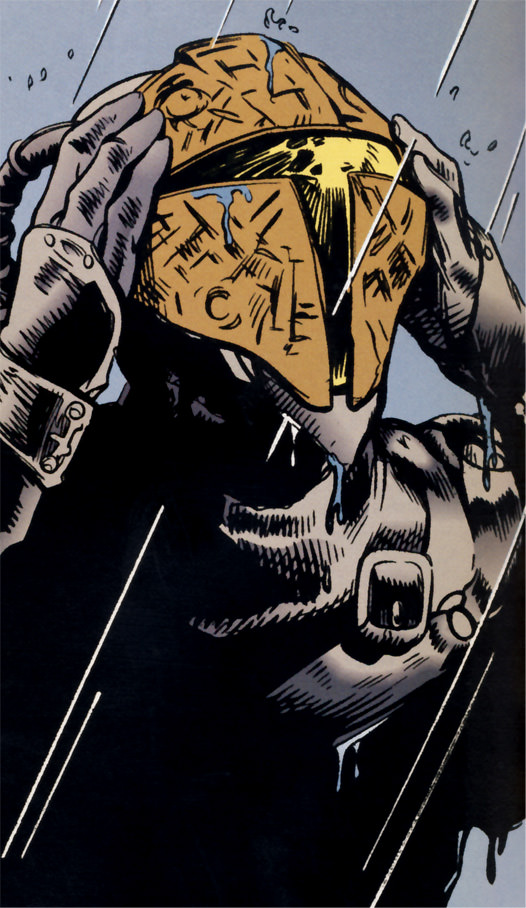 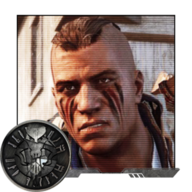 Character Bio
Time seemed to slow as thunder cracked in the sky and the tears of Mandalore poured out from the heavens. It had come to this. There was no other way, not anymore. Lightning streaked in the sky, its harsh glow painting the crimson beskar'gam in a brilliant flash. Years he'd spent avoiding this place, this world, and when he finally came to answer her call it had all fallen to ruin so soon after they built it.

Torn apart by newcomers who had not suffered as they had, who did not understand the weight of their convictions. As much if not more Dar'Manda than those that had been exiled. Silas was torn asunder by his bonds, and his duty to Mandalore.

But this was not the Mandalore he had fought for.

This was not what he had killed for.

It wasn't clear if the assurance was meant for his brother or himself, but it hung in the air for a moment, the tragedy of their burden all the more clear. The Wolves of Mandalore were fated to suffer eternally for the good of their people, then, now, always. Even after all this, when they could rest, they could never truly sleep. All that would await them were nightmares, evermore.

Character Bio
The rain took the silence between the brothers and occupied it. They both stood in a grave of Preliat's past, dug up once more.

He tightened his fists at his sides.

"I would not ask anyone else to do this. It is our burden to bear. It is after all- our fault, brother."

He closed the sealed container that held the Wolf's armor.

"We have to right our wrongs."

He stood somber, then sighed.

Character Bio
Silas could only nod in somber understanding. It shouldn't have been them, it should've been anyone but them.

But here they were.

Reaching to his back he drew one of the two tomahawks resting on the small of his back and twisted in the palm of his hands, offering it to his brother handle first. Silas had kept it sharp in his brother's absence, but he'd always known that one day he would return for it. He'd only wished it had been under different circumstances.

Character Bio
The balanced weight of the Tomahawk felt right in his hands. Felt...natural. Like an extension of his arm.

"After all is said and done. I do not expect us to remain, if we are to live through it."

He looked up at the sky.

"They will cross our names from every record. Brand us traitors."

[member="Silas Mantis"]
You must log in or register to reply here.

Haat, Ijaa, Haa'it: The Way of the Mandalorian