Gregor Gideon 2.0 - The Rise of the Gideon 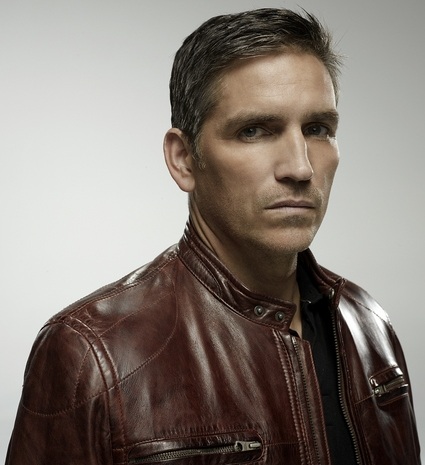 ​
​
​
Gregor G. Gideon​
The Sith Empire's Mascot​
​
Name : Gregor G. Gideon (There was a transcribing error which has never been corrected dating back to his original planetary birth certificate, listing his officially recognized middle name as 'Ggggggggg', eight additional G's than were originally requested, as well as erasing whatever the originally intended middle name was to be. Perhaps 'Gork' or 'Goldfishian.)​
Species : Human (100% Human Specimen)​
Home world : Dubrillion*​
*He has until recently never stepped foot on his home planet, having been born a traveler of the space lanes.​
Age: 35​
Faction : The Sith Empire​
Rank : Sith Knight​
Inquisitor (Inquisitorius)​
Force Sensitive: Yes, fairly confident, yes.​
Familial and Early History : Gregor Gideon was born in the vast, dark void of deep space. His parents were the proprietors of a Dubrillion-flagged merchant flotilla which operated within the Braxant Run, delivering goods into Sith Imperial territory most often. Gregor himself had no siblings, nor had he ever set foot on his ancestral home world. He holds little allegiance to the planet, nor her peoples or politics. This became doubly cemented when Dubrillion allowed itself to align with the Galactic Imperium.

His own deep seeded loyalty to the Sith Empire began in these early, formative years as well. Fate would intervene by way of the Gideon family making the acquaintance of a Sith Master - and member of the Sith Inquisition, covert Force Using agents of the Empire, who worked as spies and secret police in equal measure. Darth Ravenor was this Sith's name, and he oft found himself utilizing the merchant flotilla for discrete transportation throughout the near entirety of the Inquisitor's distinguished career.

Darth Ravenor would come to be quite close to the family - and his loyalty and generosity were never lost to Gregor, whom idolized the Sith, and the sacred duties he represented.

Early Adult History : In time, Gregor would seek to enlist his limited skills to assist Darth Ravenor personally. He became an agent of the Inquisition at the age of twenty. He began operating as a field agent and technical as technical support in a non-force using capacity.

His tasks varied quite greatly, depending on the various mission parameters they accepted and undertook. Most often Gregor would provide surveillance until Darth Ravenor was prepared to act. Other times Gregor would play the part of assassin himself. No two missions were ever alike. An unpredictability that Gregor always relished.

This continued for a decade, and Darth Ravenor's working relationship with Gregor had long ago reached its peak, and at times nearly spilled over into an actual friendship. The two had saved each others' lives on more than a few occasions. The pair cemented a true appreciation for each others' skills, talented, and most importantly - their equal measure of absolute loyalty to the Empire. Far past the point of fanaticism.

Becoming a Sith ( Ages 30-35 ) : The galaxy is not without a dark sense of humor, however - and nothing good can last last forever. They also often say the brightest burn out the fastest. Darth Ravenor, despite his absolute loyalty to the Sith Empire, and his strength of will to do all tasks necessary to ensure its continued survival, found himself at odds with others of the Inquisitorial Order. A conspiracy formed to have the Sith Master assassinated, an event which may or may not have further relegated the Inquisition to being disbanded.

Gregor himself was spared - as few saw a mere agent to be beneath them, and of no real threat. However, Darth Ravenor was willing to bestow his last reward to Gregor, for his service, loyalty, and sheer talent of will.

Gregor received a telepathic message from his long-time Sith cohort, informing him of his own Force Sensitivity - which had been concealed from him, due to his tremendous skill as an agent. Apprentices were a dime a dozen, but a true agent was worth something else entirely. Darth Ravenor encouraged Gregor to seek out training under a Sith Knight whose loyalty was as unquestioning as his own.

That Knight was a woman known as Saelia Santori.

His training was rigorous. Both in sheer physical demands, as well as intellectually and emotionally. Throughout his training into the Force, the Dark Side, and rudimentary Sith Arts, it became increasingly apparent of his natural affinity towards Sith Battle Coordination, a skill that he would work tirelessly to hone over the course of his new found - and future, career, as a true member of the Sith caste.

Upon completion of his training and studies as an apprentice, the now Sith Knight quickly became a prominent on-the-rise figure within the Empire. Indeed, he would even draw the attention of a particularly intelligent Sith Lord - and eventual Sith Emperor - @[member="Tyrin Ardik"].

Gregor's most distinguished accomplishment to date would, at least in his estimation and in his own mind, would be the reintegration of the Sith Inquisition into the Empire. Albeit, in a different fashion, with Gregor acting as the sole member of the Inquisitorius - to root out dissension and disloyalty within the ranks, and bring them to the attention of the Emperor. Although his reputation also holds him as a Sith easily prepared to reward loyalty and positive results just as swiftly as he brings forth punishments.

Now and into the future, Gregor Gideon seeks to elevate the Sith Empire above all else. A task he has deemed essential to bringing about a new, true Golden Age of the Sith and Dark Side.


Strengths :​
[Starship Knowledge] Growing up in the midst of a merchant space fleet has given him a working understanding at a basic-to-intermediate level, of starship operations and basic starship piloting.​
--​
[Dark Side of the Force] Forever will it dominate Gregor's destiny.​
--​
[Agent Provocateur] Having spent a decade in the service of a Sith Master, Gregor has picked up many unsavory skills and various bits of on-the-job-knowledge.​
--​
[Investigative Contacts] Gregor is experienced when it comes to navigating the not-strictly-legal market of information and power. He knows people, who know people.​
--​
[Fighting Skills] Gregor has limited practical organized martial arts training, he does however have extensive experience in improvisational hand-to-hand combat, including use of makeshift weaponry.​
​
Weaknesses :​
[Born Traveler] Gregor's transitory tendencies cause him to be somewhat restless and otherwise ill-at-ease when he forced with remaining on the same place for very long.​
--​
[Cynical] Gregor has a particularly negative view of the galaxy and its inhabitants. His mood gravitates between anger and frustration, which he taps into for additional Dark Side energy. He would be a hard sell for redemption - like - ever.​
--​
[Overconfidence] Is his weakness, as Luke Skywalker might say. He occasionally does not give people enough credit where credit is due. It can occasionally come back to bite him.​

[Sith Knight]
The Shape of Things to Come -- Gregor finds himself an apprentice in the most unusual of scenarios, and experiments with utilizing the principles of Dun Möch.
Learning to Land a Punch or Throw a Chair -- Gregor takes a moment to instruct a Sith Apprentice on the fundamentals of hand to hand and improvisational combat techniques.
Coup with Friends -- Gregor assists @[member="Tyrin Ardik"] in claiming the title of Sith Emperor by utilizing Sith Battle Coordination.
Climbing the Ranks -- Gregor interviews and approves @[member="Aken Bosch"] for promotion to Grand Admiral, on behalf of the Emperor.
Looking for a Job -- Gregor participates in an attempt to capture a wanted traitor of the Empire.
The Imperium will Stay Dead -- Gregor participates in the dominion of Bastion, assisting in the routing of surviving members of the Galactic Imperium - many of whom were Sith defectors. Gregor tests himself by utilizing his growing Sith Battle Coordination abilities for the first time in a whole planetary engagement.
You must log in or register to reply here.
Share:
Share
Menu
Log in
Register
Install the app
Top