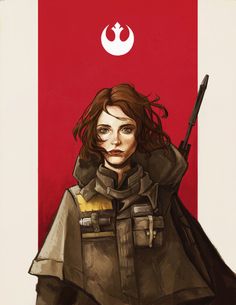 APPEARANCE:
Galtea is a young woman with dirty-blonde hair and brown eyes, lithe and toned, usually with her hair tied back in a ponytail, although lately she's been quite grungy and more worn down from living in a flotilla with the Underground.

BIOGRAPHY:
From Susefvi originally, she eventually learned that her uncle was a Jensaarai rather famous across the Underground and rebel aligned factions for his years fighting against the Sith and Dark Side across their multiple iterations. She never met this uncle of hers, even though rumor has it that he's returned to Susefvi and Yumfla. She studied criminal science and investigation, working as a law enforcement officer in the Susefvi system. Yet she felt she was overshadowed by her uncle, and when she heard of the Republic, she went and signed up for the fledgling, recreated Sector Rangers, becoming a Special Enforcement Officer with her experience working against organized crime in Yumfla.

Eventually, with the merging of the Republic and the Greyson Imperium, Galtea moved back to the Outer Rim for their branch of the Sector Rangers. She spent more time investigating and bringing down crime syndicates on the Rim, until she heard word of the new Underground cell being put together, run by her uncle. Wanting to learn more about him and what he went through, she turned in her badge and brought her undercover skills and agent training to the Underground as a captain in the Underground special operation teams, loosely termed, in honor of their ancient forbears, Rogue Team.