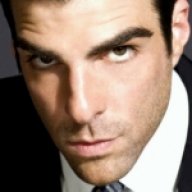 STRENGTHS AND WEAKNESSES (Required: 2 Weaknesses Minimum) :
+: Has a vast knowledge of the Force and various force disciplines
+: Cannot technically die. His mind will continually be downloaded into a new clone.
-: His immorality his very dependent on technology, which ever found could be destroyed.
-: Cannot bring himself to harm his own family, even when they are on opposite sides.

BIOGRAPHY:
I did not have a childhood. I was created, a clone who was matured before I even gained awareness. My life was created for the sole purpose to create the perfect Sith. The first in a vast army of Sith'ari. I was meant to be free from all restrictions. Prefect in my strength, power, and destiny. And in a way I did accomplish this, though to the detriment to the Sith Order.

I was created by a Sith Darth Ferredus and the first Gabriel Volturi, as part of their Mimetic Project. It was an ancient Sith experiment many believed long dead. Darth Ferredus became my first Sith Master. He taught me about the force, introducing me to the many darkside philosophies, as well as an understanding of the lightside and its Jedi servants. He believed that in order for me to fulfill my destiny I must understand all aspects of the force and its followers.

For five years I trained tirelessly in the ways of the force. My master said I was a natural telekinetic, a innate nature that was created by the conditions of the experiment I was created for. I possessed skills that few of my level could have ever dreamed of. Once during a mission I held a woman against a wall and using precise telekinesis cut the top of her head off. From than on I had a taste for the more theatrical use of the force.

However, throughout those five years I never once left the Unknown Regions. I never met another Sith. I felt I was ready to be unleashed upon the galaxy and to help lead my fellow sith. During this time I took council from the third member of the project, a Chiss named Ell'iru'micha. She helped me realized that my talents were being wasted on Sith, and that if I was to fulfill my destiny I needed to unshackle myself from the bonds of the Sith. If only I had known than I was trading one bond for another I would have slain the Chiss where she stood.

So it was at these words that I drove my lightsaber into my Master's back while he slept, the irony that it was similar to the death of Darth Plagueis was not lost on me. For the first time in my short life I experienced freedom and a sense of overwhelming power. My victory over my bonds was short lived however.

The Chiss, Lirum, had betrayed me. She'd betrayed all of us, manipulating the entire project to serve her own anti-force agenda. During my creation the Chiss woman had secreted a kill switch in my brain. A way of controlling all of the clones. For over a year I, along with another clone named Mikeala, were the slaves of Lirum. We did her bidding, seeking to bring the Jedi and Sith down, and to create a government free from the influence of the force.

My mind was finally healed though by a Jedi, the wife of my template. I was finally free to follow my own destiny. Though it pained me I realized that my training was not complete, and that the only way to truly have mastery over the force I would have to return to the Sith to complete my progress. It was there that first met the Nightsisters[/size]. They were unlike my previous master who only wanted to use me for his own power. They taught for me to gain my own power and to jealously guard it against any pretenders.

It was during this training that I began to fully realize the telekinetic power I possessed. It was greater then even my master's ability. I was able to do more then just move objects. I could control the various elements, I could even control the blood running through your veins. That kind of power was surreal, and dangerous. I had to learn to sharpen myself against being manipulated by other Sith who wished to use my power to enhance their own. My training under the Nightsisters went by fast until I was finally declared a Knight within the Sith Order. I could have cared less about a rank within an order I cared little about, but it was the recognition of my power that I desired. [/size]

With my training completed I took my sister, the clone Mikeala Volturi as my apprentice and we wondered the galaxy. During this time I tracked down all the knowledge on the force that had previously been unobtainable by my creators. I learned from many so called masters throughout the galaxy. From the depths of the Maw I learned of the art of Mind Walking. From the Aing-Tii I learned the mysteries of Flow-walking and folding space. It was my time among the Shapers of Kro Var that I valued the most. I found a kinship among these Shamen, who did not fault me for my skill in 'invisible' magic they considered perverse. Their skills helped me hone the elements to a far greater degree than even their own simple minds could comprehend.


It took me only a year to master all that they could teach me, after which I had finally help I had a purpose. A purpose that would one day rain fire down upon the galaxy. But for that purpose to come to fruition I would need legitimate power. Ten years to the day since my extraction from the clone vats I returned to the galaxy, taking for myself my creators name, and all that he possessed.

-Excerpt from the Holocron of Gabriel Volturi

Character Bio
[member="Gabriel Volturi"], Feels so good to see other Shapers out there. *tears up a little*