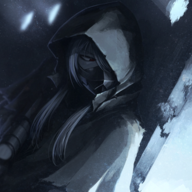 [Appearance Description]
Formota is a relatively tall woman, with
harsh red eyecoming form year of exposure
to the harsh and dusty environment of
Tatooine and radiation. Similarly her hair
is bleached white for the same reasons, skin
pale funnily enough for staying so tightly
wrapped up to abate the sun, Formorte only
exploring the sandy waste during the cold
nights on the planet.

Over all her appearance being linked to harsh
weather and radioactive exposure, something that
has also lead to mutations.

This mutation of her body has come in the form
of 2 extra pairs of arms, meaning she had 6
all together, the limbs growing from just below
her collar bone. Such mutations occurred when
she was around 11 years of age, allowing the
extra arms to grow to full size during puberty
and other natural growth spurts during the teen
years.

Though these extra arms allow for more carrying
capacity and better field performance they do
have their down sides.This comes in the form of
the figure, aside from the index figure and thumb
being fused together as they are still not
naturally forming limbs. In addition the skin on
these arms has not grown properly, giving them
a red bare muscle like colour.

[Attire]
For clothing Formorta usually wears dark
all combat armor, more focused on leg
protection and lower body then anything
else. Mainly due to very little
clothing fitting her upper body.
Formorta's main go to outfit if a jet
black and grey Operator Class Armor
outfit accompanied by a long hooded cloak that
she uses to keep her extra arms out of sight.

In the rare cases Formota had been known
to wear suit and more formal wear, but
only when necessary. Even rare she has
been rumored to dress in more casual
clothes, weather they are dresses or
just plain shirt has yet to bee confirmed.


[Known Strengths]
Agile: Relative light weight and athletic training makes Formorta
light on her feet and nimble perfect for moving around and hiding
when needed.
Survivalist: Living with the bare minimum for her early years on
the desert planet has refined Formorta's survival skill and
resourcefulness.
Camouflager: Years of living in the desert of Tatooine and
experience in other location has caused Formorta to become an
expert at camouflaging, traditional as well as high tech.
Hand to Hand combat: Scuffles with raiders, other mercenaries
and the occasional drunk bar patron's has made her an experienced
hand to hand combatant with or without a weapon.
Linguist: living on one many outer rim world Formorta has become
quite adept as speakings different languages, ranging for the Jawa
trade language, Huttese and even Twi'lek sign language
Above Average strength: Formorta's extra arms and constant
carrying wight had made her fairly strong compared to other
humans and is hard to beat in a grapple fight.

[Known Weaknesses]
Anti-Social: Being alone most of her early life has caused
Formorta to be hard to talk to and very dismissive of other,
though she will work in a group if required communication is
sometimes difficult.
Scars: Formorta has some scars on her which although don't
cause any side affects to her skills are obvious weak points others
can expose if need be.
Unorthodox training: Though her training growing up has
made Formorta skilled it is very unorthodox and as such
Formorta does not know a lot of military protocol and other
know-how other mercenaries have.
Bad temper: Certain interaction recently have tried her patine
and as such thus she has formed a short fuse, though she try's
to keep calm even with certain individuals when she gets angry she
does not forgive easily.

[Other Traits]
Crude mechanic: Her time spent with few quality materials
has made Formorta and adept but crude mechanic and technician
who can fix or create temporary machines and appliances when
required.
Many hands make light work: Extra arms from radiation
exposure has allowed for more free hands but underdevelopment
and placement makes them not as usefully as other hands.
(currently secret)
Tracker: An adept tracker both in traditional and technical
method though not always skilled enough to know if someone
is leading her into a trap, leaving a false trail.
Persuadable: Formrota has a strong will and does not give
into force mind tricks easily, on the other hand her anti-social
behavior makes her susceptible sometime to sweat talk due to
lack experience in that area.
Hutt Connections: being from the outer rim and thus dealing
mainly in the outer rim worlds has cause Formorta to become
familiar with the Hutt cartel which can be for better or for worse
depending on circumstances.
Cold Heart: Formorta's upbringing has made her almost
emotionless towards killing others, though she is kind and shows
sympathy to people with similar background she is remorseless
to others.

Though Formorta seem distant and menacing to other she is not entirely a bad or mean person. Her anti-social behavior due to the fact she did grew up as a slave and then by herself thus not knowing how to properly interacts with others on a social standpoint and unintentionally avoids people. Her cold personality mainly come into affect during mission where she might be required to kill, act calm or professionally, though she does sometimes drop this depending on who she is with.

In truth Formorta is a more kind and understanding person and willing to help someone out if they share a similar past and have a worthy goal than a person willing to pay a lot of money for her skills to do something shady (though this would not deter her from doing such business if the requirements suits her).

When off of work Formorta spends most of her time in weapons maintenance, owning a small arsenal. As such has to spend a large amount of time making sure they are all combat ready. When not doing that she can be found reading books and novels, surprisingly having a taste for literature.

[Past Life]
Formorta's lost her biological parents in a Tusken raider attack and spent her very early years as a slave caring for the the animals kept at their camp, and other supplies i.e. food and weapons. During this time Formorta familiarized herself with various blaster rifles and slug-throwers as well as Tusken patrol routs and raiding times. When Formorta reached 11 years of age she used her knowledge to of the camp to escape taking a cycler-rifle with her and killing a few unsuspecting raiders and stealing a bantha in the process. During her escape she suffered a scraping shot to her face from a blaster rifle rifle and was left believed to be dead, she survived with a burn scar to the loft of her face and took up refuge in an old abandoned or crashed ships before making home in an almost functional sand crawler. For the next few years Formorta made a small name for herself being hired to defend moisture farms and merchants from raiders when other mercenaries where not available or to expensive. During this time Formorta refined her marksmanship and other skills and stared taking more higher end job over Tatooine, from security and assassination. Once she reached the age of 18 she started taking odd job that lead her off world, most of which involved tracking or killing down escaped criminal or wanted people who used outer-rim worlds as hiding places. As of now she is just beginning to broaden her work range to other planets and looking for work with higher official and more powerful people though she still does occasional work for people on the low end of society. She has currency made several trips to the core worlds and has started taking interest in the galactic conflict between the larger faction.As time progressed she joined the explorers guild to benefit from cheap transport and lend her skills as a marksman, survivalist and tracker on expeditions.

House of Wolves [Faction Founding: The Shrouded
Rounding of the SR but no joining.. yet
Exfiltration
Vagrant fleet save VIPs
Job Gone Wrong
Vagrant fleet criminals and water
Out of Gas
Vagrant fleet running out of fuel

SR Arc and other undercover Jobs

Back to work: With TAE on the bring on collapse
Formorta turns back to hunting.

Ranged Weapons:
DLT-20A blaster rifle for most mission because of it good range and scoping ability and large range of available ammunition,
An old camo painted and silenced KiSteer 1284 projectile rifle As a backup for and CQC Formrota also carries a jet Black and more blocky looking ELG-3As for its small size (X2).
The APAR Mk1 for anti-amour and large beasts, made by B'kik.

Melee Weapons:
Two vibroblade on hand both holstered on the left and right of her belt.
No less than two thermal and ion detonators.

Transport:
Ship: Formorta owns an old X-38 twin tail star fighter which she has painted Black and grey, She recently also bought a T-77 model Colo-fighte.
land Speeder: An old salvaged 74-Z speeder bike is Formorta's main mode of land transport.
Other: Formorta has repaired the old sand-crawler she took shelter in after escaping from he tusken raiders and uses it as a home when on Tatooine. She has recently started repairing it so i can move again.

Friends:
"I don't have friends"

Signal : A former employer for a job
[member="Miles Varden"]: Hes a person, I guess
[member="Miss Blonde"]: Former employer
[member="Lancer Damar"]: 'Note to self, if given chance shoot in arm'
[member="Adron Malvern"]: Meet though the dominion from mercenary contracting
@Alleria Mereel: Meet when hunting the same bounty and decided to team up
[member="B'kik"]: Meet through holo message for a commission on a new personal weapon
[member="Darth Tacitus"]: Boss, nothing more nothing less
[member="Sidon Eshe"]: The 'Bounty Hunter Guild' leader
[member="Koda Fett"]: Apparently the galaxies greatest bounty hunter
@SiRiDio: A rouge 'not Sith' that I've tried to killed
[member="Aeron Tosh"]: Twiklek agent

Enemies:
Non as of current

Character Bio
[member="Formorta"]
Great character. I keep coming back just to browse over the character sheet. It's quite the character. We should thread sometime. 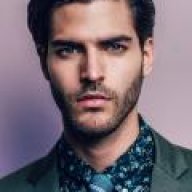 [member="Formorta"]
You must log in or register to reply here.

A
Azalus, the Masked Gunslinger

Character Prowler - Assassin of the Sith