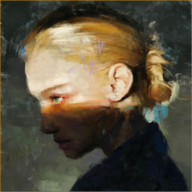 Diplomatic Ties of the CIS
2

Diplomatic or Trade Alliance with The First Order