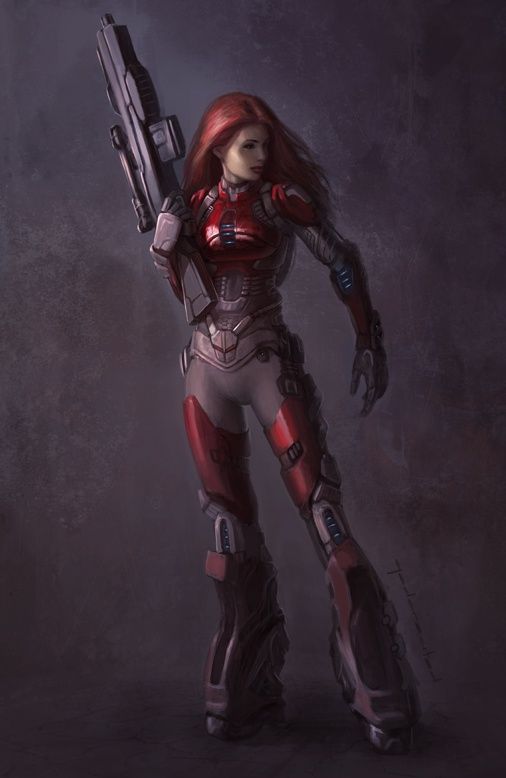 Intent: Muad wishes to create a unique armor for his Any'ika


Description:
War was always a constant. For Muad Dib, for a mando'ad. And so when he adopted Anya Malvern as his daughter he knew she would not be free of the touch of battle. In fact, when they had met she already had carried scars of war. So as any buir worth his salt he made steps to ensure his aliit, his family, would be as safe as he could make them.

So he went to the forge.

Taking the strengths and weaknesses of his Any'ika he began crafting. The plan was to create a light weight beskar'gam with all the strength of the endurable metal, but robbing the plates of their thickness that would make it more durable for the wearer against kinetic attacks. But while it became somewhat more susceptible to kinetic, it allowed the wearer to retain their speed and agility. A necessary trade off.

With the beskar'gam forged and united he looked to add the traditional aspects of accessories into the systems while adding a few light weight underlays to assist in the durability of the wearer.

In the end he created a unique armor for a unique woman. Sleek, durable, deadly, and fully operational. Any'ika's second skin was ready.

Iron skin: Beskar, the metal of the mando'ade. It's resiliency and strength is reknown for being impenetrable.

Light weight: Use of carbon and other materials during the forging process has created a thin plate of armor that allows maximum flexibility, speed, and durability.

Swiss army knife: The beskar'gam of a mando'ad comes with accessories for nearly every potential scenario. Whether it be a space walk, battle against infantry, or facing a forcie.

Class Disadvantage: While beskar is nearly unbreakable, the person wearing it isn't. As the armor was created with speed in mind the beskar is thinner then traditionally. Even with the extra systems in the underlay, the goal was to stay mobile and fast. Kinetic damage is a greater risk.

Reboot: Because a mando'ad uses technology in their armor, the risk of EMP/Ion damage exists. An electrical strike can take systems off line requiring affected systems time to reboot to become operational once more.

Chink: Like most personal armor, there are obvious weak points that can be taken advantage of. With this particular armor, the underweave is Armorweave rather then a beskar filament weave which means these areas are more easily pierced.

Hyperlink this to the character.

This more refers to the classification of armour, in this case it would be more 'Multipurpose'.

You wrote other twice, was one supposed to be something else?

Any update on this submission?

And I apologize mate, the previous tag did not notify me.