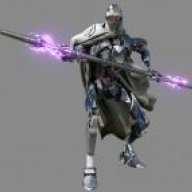 Class: Terrestrial
Diameter: 25,585 km
Atmosphere: Type 2.
Climate: Humid.
Gravity: Standard
Primary Terrain: 2/4 of the planet is a Jungle, 1/4 is an Ocean and the other quarter is a mix of Mountain and Forest.

Culture: The Faquellians have a complex culture. They believe that the Acklays are the wrath of their god, Farelei, Because they have sinned and disrespected their god. Most of them do not resist when getting killed by Acklay. The men are more dominant then the women for the Faquellians. The men do most of the work while the women stay at home and raise the young.
Technology: Up to modern, Exept for the few Faquellian tribes.
History: <Abridged history of the planet>
Notable PC's: None.

Intent: To add a new planet for the Galaxy.

Character Bio
@[member="IG-100-08"] This submission will need a great deal added to it as far as description goes. The technology needs to be filled in, and the history section needs to be rather meaty as you are building up the lore of the site with these planet submissions.