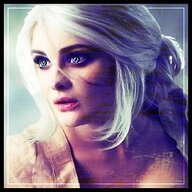 Pain flared in the single moment of intense heat followed by a bitter cold as flame and heat were simply gone. A tremor of something like frustration, or maybe fear, or pain or even relief hit her. Angry, ocean blue eyes locked onto her silvery gaze and would not release her. The wolf lunged closer, loomed over her, reached for her. Head tilted back, angled to the side, flashing her vulnerable throat in an instinctive gesture.

Every place his hand touched hers radiated power and heat; her skin warmed beneath his touch, however much she sought to hide it. Burning heat, chilled skin; icy chill from incipient hyperthermia and scaled skin. Bitter, cold human lord, and passionate wolf. She shook her head, dizzy from contraction and overwhelming sensation, furious with herself, when she let him move her to his will.

Most of his scold washed over and through her; she saw her error in a different place than he did. But he would feel the pained flinch with his You’re an Echani. You know this is the way forward, reached her.

With a careless gesture he brought to life the fire once more, but she knew, she knew he has such control that he had not needed to dowse the flame to aid her. But it had been absolute, and utterly safe. She sensed the risk taker in him, but could not bring it to the fore. The illusion of silence descended; a false peace, woven of hidden hurts and aching fear. Betwixt and between, she let each wound - physical, spiritual, emotional - exist in her mind, whole and fully experienced. Then, as it was fully known, she folded it away and hid it. Her spine stiffened, her legs uncurled, the clench of her hands softened to an elegant, easy curl.

Peace is a lie, there is only passion

And then his voice shattered her structured calm with a final demand.

You are going to have to trust me.

“Perspective,” Her gaze flickered to his cold, stoic one. Perhaps her heart-beat increased, but she schooled herself not to react at all. Beauty is in the eye of the beholder. And he was achingly beautiful. Narissa turned away. The flames danced and flickered, inherently inimical to her. Yet he’d chosen to aid her. Twice.

“From my perspective, you belong in the wild, free and fierce. Yet here you are, mimicking an ascetic human Monk,” A sideways glance at him followed. “I do not believe the Lady would be here, if the CIS were as you describe.” Body yet rigid and aloof, she did not even settled back into her seat.

Ready to run or fight.

“Trust.” An angle of her shoulder dropped her silvery gaze to his wet feet, ghosting up and over him until she reached his enigmatic gaze once more.

“I see a man who leashes himself nearly cruelly. You are far more than human, if less than a god.”

Leaning a hairsbreath towards him, she asked in gentle entreaty.

“Show me you are neither a cruelly righteous, empty-hearted Jedi nor power-mad, disloyal Sith. Please. Show me.”​
​

To feel alive ... one last time