Character Bio
It's on sale for 50% for the weekend on Steam. This includes the extras excluding the American Dream, as well as the CK2->EU4 Converter.

It's actually a really fun game. I imagine some of yall would enjoy Crusader Kings 2 and Europa Universalis 4, as both are grand strategy games that require a lot of plotting and thinking to gain an advantage rather than brute force. This is assuming you aren't starting as a country that can just brute force everything to victory, such as a strong Viking country in Crusader Kings 2: Old Gods or France in Europa Universalis.

I'd actually like to try an online campaign with a Paradox Interactive game. I haven't yet tried it.

Character Bio
I don't like that series as much because I can't command my battles really.... otherwise was fantastic.... I just become a control freak in my strategy games lol

Character Bio
I loved EU3, still having a hard time getting into EU4.

It's just so... different with the tweaks they made. I'm not sure I like it.

I never took the time to follow this series but from what I heard from a few friends it seems like s decent game to give a chance to. 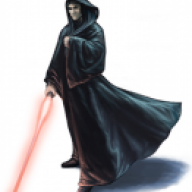 How different is it? All I noticed from pics were cosmetic differences.

Character Bio
I have a few issues with the flow of technology and the way the various points work (having buildings and tech use the same pool or finite resources can get irritating). Basically Gold is a lot less valuable overall (like in CK2/Vicky2) but the overall gameplay is improved as a result.

Overall a vast improvement. Multiplayer EU4/CK2/V2 is basically the greatest shit ever, too.

I wish they could make it more like TW. It would be awesome controlling/watching the battles from this period.

Character Bio
It'd be very hard to implement, what with the scale and level of detail in the various Paradox games (not to mention the frequency of battles).

Also competent AI in the battles would be a must, as opposed to the rather abysmal TW standard. I could see a Mount and Blade type system being implemented in Crusader Kings, though. But it wouldn't really work once you start getting tens of thousands of soldiers on a battlefield in the 1600's and so.

I agree. Its just a dream of mine. Hopefully CA will learn from RTW 2 and then make a Renaissance era game.
You must log in or register to reply here.
Share:
Share
Menu
Log in
Register
Install the app
Top