Private Efforts in the Garden 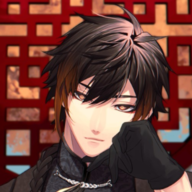 The progress reports slowly filed in from the designated supervisory stations across the zones the crews were working. Climate readings from the farthest flung planet in the Atrisi system had begun painting a picture with the latest process of determining the best way of acclimating the planet for future habitation. Information regarding cloud density, pattern of rainfall or distinct lack thereof, what the composition of those rain clouds were and how best to build accordingly. Small things to build upon in regards to the whole health of the planet's existing ecosystem that would give them the best clues.

The best ways to proceed forward and begin expansion.

Jin sat in his private office aboard the Dragon's Fang Class vessel, granted to them for the express purpose of warding off anything that drew near enough to garner their adverse attentions. It also had the capability to hold a high amount of cargo, which was something the whole operation needed given the first few expeditions consisted mostly of survey equipment and small pre-built laboratories placed upon the surface to allow direct studies and sample collection outside of the limited space aboard the vessel.

Slowly the information was compiled for a complete breakdown and analysis, the soft tapping of his holo-keyboard bringing the end of his task closer and closer to completion with each passing keystroke. His eyes passed between separate displays, long slender fingers dancing the well rehearsed and choreographed display of skill for no one in particular this evening.

Something he gave a passing thought to the distinct displeasure of.

He was separated from his spouse and children on this particular outing into the system in question. The babysitter had canceled due to a family incident, and neither Jin or Yamashina had questioned them on the matter. The other option had been the Naomichi Elders. Which was something neither he or his wife had wanted to deal with. His thoughts wandered back to his typing, his hands pausing briefly in their task as his thinking wandered away from his assigned task.

His wife enjoyed watching him work to some degree. Though it was mainly her fascination with the body in motion that drew her attention. His eldest daughter thought it was gross that mom and dad were still so affectionate with one another, something that made them both laugh and shake their heads at. Their affirmations of eventuality to the fact that someday she would feel the same for someone seemed to fall on deaf or at the very least unwilling ears.

A thought that made him smile.The memory was brushed aside as a patrol officer knocked on the door, poking their head in with a slight bow. A familiar face, one that had become an acquaintance in the time spent aboard the Dragon's Pride. Qiu Chang greeted him, eyes glancing over the interior in his customary search for trouble.

The officer never sought to make trouble, but he did achieve to settle it before trouble could become anything more. Something that everyone aboard the Dragon's Pride could understand and respect.

"We will begin our patrol of the system shortly. Please have your station's report in." Qiu waited long enough to hear the affirmation of the request before heading to the hangar. A few taps on the keyboard sent a broadband notice along the temporary network to the satellites and laboratories to activate their IFF transponders.

It was the ritual that had begun with the military patrols alongside their civilian efforts. The transponders would be signaled to activate, then followed shortly by a member of the away teams patiently sitting with the radio to signal their position and relevant data.

Tawny eyes glanced at the clock beside the edge of the desk, two sets of dials displayed as one kept track of current time while the other projected a different measure. They were on schedule, or perhaps just slightly better than that, though only by a few standard minutes by his approximation. Still, it was more appealing to even be just a few minutes ahead than several days behind.

Though it was still only by a few minutes. And minutes could quickly shift the other way in an exponential jump.
You must log in or register to reply here.

Training in the garden
2 3

Private A Stroll in the Garden

Private In the Garden of the Sun

A Lunch in the Garden