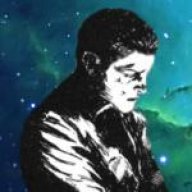 Cridu pilots a Rendili-Surron Starlight Freighter originally identified as Fate's Fool, though it has also been known to identify itself as the Windblown, the Best Medicine, the Featherfall, or the Connemara in order to disguise the identity of its pilot. The ship's chassis is centuries old, but its systems are largely current, the product of extensive renovation and illegal modification. If positively identified, the vessel should be impounded immediately and its pilot arrested.

Though lightly armed, with only a single blaster cannon, it is extremely fast; the hyperdrive is rated at 0.7, and sublight speeds nearly match those of a high-end starfighter. This is accomplished through the use of afterburners and maneuvering thrusters located along the craft's wing. Shielding and armor is very limited to compensate for the power drain of the engines and wing thrusters. The craft is rated to handle 50 metric tons of cargo and up to four passengers comfortably.

The original craft required a crew of two, pilot and copilot. It is likely that Cridu has automated the copilot functions. Cridu is not particularly dangerous on his own; violent only when cornered, he is more a facilitator of crime than a generator. Calm, polite, and even friendly, he lacks the dashing but somewhat oily charm of the classic smuggler. He is not a taker of unnecessary risks and seldom relies on luck, preferring to plan his actions meticulously and well in advance whenever possible. He sticks to fringe systems and has many safe havens, making him difficult to track down.

Though publicly gregarious, he is reportedly somewhat introverted at his core, with many allies but few genuine friends. He does not drink, gamble, or womanize; indeed, he has very little downtime at all, spending almost every free moment either completing a job or looking for one. It is likely that the stress of his lifestyle continues to take a toll on him; he appears much older than his twenty-eight standard years, and seems to be perpetually tired.

Dyllaefi Semaj Cridu was born on in Bonadan Spaceport Southeast II on Bonadan. His parents, Lorne Cridu and Kailyn Yalfide Cridu, jointly owned and operated the Bonadan Restoration Cooperative (BonRestor), a small company specializing in pollution cleanup and environmental reclamation of former industrial sites. The company was successful, if not hugely lucrative, and Cridu (eldest of three children) received an excellent education from private tutors hired by his family.

Not particularly interested in business, Cridu expressed a desire to become an archaeologist. His parents encouraged his decision, and his hard work and genuine intelligence enabled him to attend the prestigious Sperinad University on Esseles. He was reportedly deeply homesick during this time, making few friends and participating in little outside of his studies. Nonetheless he graduated with highest honors and went on to study at the rigorous Coronet University on Corellia.

Despite the extreme challenge the famous archeological program represented, Cridu once again did well, though he remained distant from his classmates. In order to help pay the mounting bills for his education he trained as a paramedic, serving as an emergency responder with CorSec for several years. In the middle of his third year, however, he received word that his parents had suffered a grievous accident. Dropping everything, he rushed home.

The reasons behind the gas explosion at BonRestor site 002142 remain poorly understood. Certain investigators believe that sabotage by a corporate rival was the cause, while others insist the incident was merely an accident brought about when sonic drills disturbed a pressure-sensitive gas pocket. Whatever the case, Cridu's parents were badly injured, as were many of their workers. Company stock tanked, and several weeks later BonRestor was bought out by a rival.

With most of the family's savings devoted to putting the children through school, very little was left to cover mounting medical fees. Cridu, who had not yet completed his education, was unable to find sufficiently lucrative work and unable to pay to continue his studies. Taking out increasingly large loans from increasingly less reputable sources, he began to become entrapped by his debts. It is likely that pressure from one or more of his creditors pushed him toward smuggling.

Cridu had already sold his parents' pet project, a Rendili-Surron Starlight Freighter they had been refurbishing, but two standard months later he stole it from the landing pad of its new owner. In the three standard years since he has taken part in a wide range of criminal activities, mostly transporting stolen goods or controlled commodities such as spice or modified blaster weapons. Despite his lengthening criminal career, he appears to remain in substantial debt.

PLEASE INPUT A COMMAND
delete record
PLEASE WAIT, YOUR REQUEST IS BEING PROCESSED
AUTHORIZING . . .
ALERT: INSUFFICIENT SECURITY CLEARANCE
of kriffing course
COMMAND NOT RECOGNIZED
logout
LOGGING OUT . . .
THANK YOU FOR ACCESSING THE REPUBLIC CRIMINAL DATABASE. HAVE A PLEASANT DAY.

Thread List​
​
Raid on Aeten II (Dyll takes part in stealing a cache of rare and valuable stygium crystals)
Blood, Chains, and Credits (Dyll meets, and tries to help, a feral and deadly slave girl named Katar)
Scrapping the Royal Junkyard (Attempting a salvage operation, Dyll is caught in a deadly crossfire)
One Scoundrel to Another (Awaiting a job on Nar Shaddaa, Dyll meets fellow smuggler Eliza Steele)
To Reclaim Lost Tech (Dyll is hired for a smash and grab mission on dusty Onadax)
Deadman Wonderland (Dyll takes part in a horrifying bloodsport to go after a massive prize)