Okuro found himself in a foggy forest, an area that looked like it was Dagobah. "Hello?" He asked, looking around. "Is anyone there?" He turned to see two familiar faces, those of his parents. They had died when he was four, the day he was taken to begin his Jedi Training. His memories of them were little, though he recognized their faces. "Mother? Father?" He walked towards them as they became engulfed in shadows. He saw two shadowy figures, but couldn't make out their faces. He saw a red lightsaber ignite in each of their hands, and he instincively reached for his sabers....but they weren't there! The two figures dashed towards him, preparing to slice him in two.


He gasped and woke up in a cold sweat, panting heavily as he looked around the room. It was the room the Silver Jedi Order had given him. He had never had these dreams before, and figured they had to be connected. He extended his hand as his lightsabers flew to his hands, clipping them to his Utility Belt and roaming the halls to try and find some answers.

"Dathomir? That witch planet?" He walked to his Jedi Cruiser, entering it as he flew to the planet. He got in a modified LAAT Gunship and landed, his droids managing the Cruiser in orbit.

A sith projects herself aboard and greets him

"Sweet mother of Naboo, when did you get here?!" He looked at her, clutching his lightsabers but not igniting them yet.

"Wait...then how did you project yourself to Kashyyk? That's parsecs away from Dathomir"

[member="Donalia Elizabeth"] "Thanks, but no thanks. As it stands, I'm more on the Silver Jedi side of the Force. I'm not into Sith, nor do I need a Master."

And dathomir is much easier for numerous reasons

I am here moreso to ask for your help

"Well, you have fun with your Witch Corpses, honey. I'm out." He turned and walked off.

"That's quite the name. Anything else?"

Laugh it up but you have something I need

"And what would that be?" He asked, leaning casually against the wall 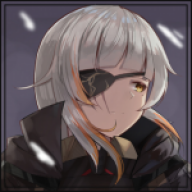 Character Bio
Alyson's mind tended to wander these days. She did not have to be somwhere in order to feel it. It was a strange sort of feeling, she had been meditating for months straight at this point, a small part of her various deep dives into the force. She bordered on the edge of dead and alive, she was the force and the force was her. She lacked any form of individuality for the most part, the force took her where it pleased, her being floating through the various strings that bound together the lives and events that inhabited and took place in the galaxy.

She had very little control of what occurred to her in these states, sometimes she would appear in random places as physical as she possibly could, it was as if she was actually there, before vanishing without a trace to wander the tides of fate once again, those brief moments of individuality, of being her were strange as they could be, like moments of foggy clarity in a sea of understanding. She put herself into this state in a vague attempt to understand the force, but she knew that it was merely a way of avoiding the problems plaguing her when she was lucid. She could not die, not yet, but she could get pretty close.

The tides of fate had brought her to what appeared to be Dathomir, as she suddenly found herself "there." She was not really there of course, it was merely a projection of her being, one that she could not control where it manifested, but there she was. She had begun to figure out that she appeared where she was needed. No more, no less. The force made her aware of another traveler like her nearby, however this one seemed to be putting much more effort into the connection, they clearly were not a drifter like herself.

She was speaking to a young man, presumably a Jedi, his force aura said so anyway. The room being the only thing she could see, anything beyond was a tangled mess of thoughts and feelings. Her form slowly faded into the room, she knew neither of these people, this was clearly fates doing then.

"Be mindful of your senses, your body may betray you but the force never will." She said, attempting to alert him to the non-corporeal nature of the dark side presence in the room.

(Noncredits)
You must log in or register to reply here.

Sixteen Years Worth of Dreams
2 3 4