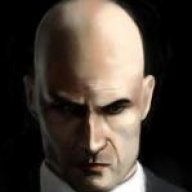 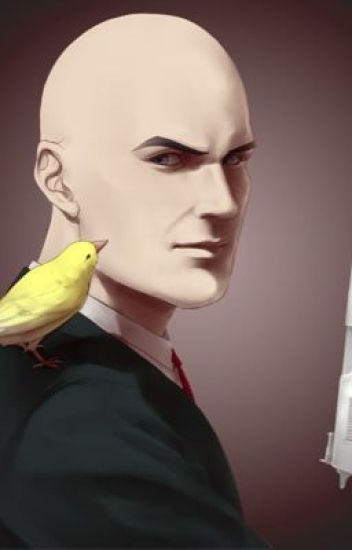 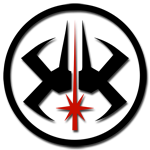 ​
Appearance​
​
Delmon is of average height for a Fondorian, standing at just under six foot. Like other examples of his people, he has no hair on his body whatsoever, always sporting a bald head. He has deep blue eyes and a haunting stare, something that implies more experience than he actually has. His high cheekbones give him a regal appearance indicative of his high-caste heritage, and his resting face tends to seem unamused or annoyed, even if he isn't.​
​
​
Strengths and Weaknesses​
​
Karrde is highly intelligent and well-educated, coming from a long line of incredibly gifted technicians and mathematicians, who most often work as starship designers.​
​
Karrde is adaptable and able to keep a cool head, with a healthy dose of self-discipline maintaining him even before his military training.​
​
Delmon has little experience of the world beyond Mygeeto and the Sith Empire, or in general - a more wily opponent could take advantage of such an issue.​
​
As of right now, Karrde is just a grunt - that's it. Perhaps he could get lucky, but he is no habitual Jedi-Killer or special forces veteran. He's a young NCO with talent and potential.​
​

​
Personal History​
​
​
Born on Mygeeto, Delmon Karrde has lived through a repeatedly terrifying galaxy. From horrifying times such as the Clockwork Rebellion all the way to the Netherworld Crisis, the young Fondorian found himself in constant fear, worrying about what was to come for the future. He was soothed and rebuked time and time again by his elders, living in a close-knit family of High-Caste Fondorians who lived as a noble family on Mygeeto, controlling a good degree of land on the mineral world, very expensive land that it was.​
​
Though his family was always mired in tradition, Delmon was not an expert in designing starships like his father and grandfathers many times before him. It was considered disgraceful in a way, that he wasn't able to fulfill the duty that generations before him had, to accomplish even more for the family in the long run, within the community of Fondorians that thrived on Mygeeto. Though he showed high intelligence like the rest of his family and was somewhat skilled with mathematics, his talents lied elsewhere, a horrible deformity in the eyes of his family.​
​
Much like his family and bloodline however, Delmon enjoyed things to be stratified, within a certain order and everything having its place. Despite this, he wished for more mobility in his life, more appreciation of specific skills of an individual. As he began to grow older, he found more and more that the appeal of the military lifestyle called to him, and he spent much of his time on the HoloNet trying to track down where he would suit.​
​
Finally, he discovered his true calling - the Sith Imperial Legion. Delmon enlisted and was sent to the Academy on Bastion, put through all the training that one could expect; though he performed very well in many aspects, he was beaten out by some of his more experiencd, and at the time free-thinking comrades. Though he graduated with high marks, he was just barely below the top percentile, and did not qualify to be an officer at the time. As such, he was enlisted as a Private, much to his family's further shame when they heard.​
​
In an early skirmish during his military career, Karrde took over for his Sergeant who was killed in action, leading his squad to safety and the completion of their objective. He was given a battlefield promotion for his actions and further commendations, and hopes to stand out amongst the crowd, the ever growing sea of soldiers needed to feed the hungry war machine.​

Character Bio
Reserved
You must log in or register to reply here.

Character Daughter of the Empire