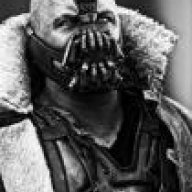 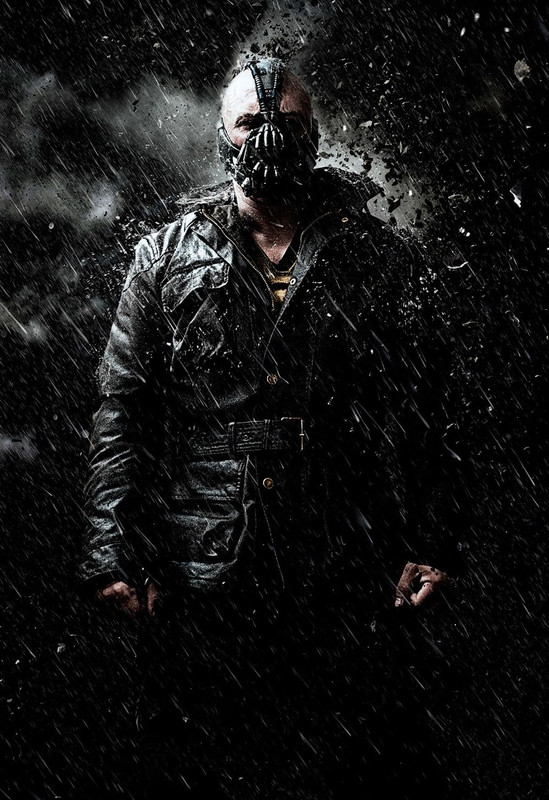 EYES: Formerly brown, now a crimson red around outer iris with a burnt yellow around pupil

Resilience/Healing- Thorac can withstand an abnormal amount of pain without seriously affecting his ability to function. Also, the bacta implants and his Force use allow him to heal quicker that normal.

Agility-Because of Thorac's size, he is not the most agile or light-footed individual. Thorac depends more on brute strength and raw power rather than speed.

Combat- Thorac has always had a tendency to get up close and personal to his enemies, and has trained extensively in hand to hand and melee combat. Thorac also uses his strength and power when in lightsaber combat, as well as some basic Force Powers. Thorac is not proficient with long range weapons, such as blasters.

Force Abilities: Thorac is highly proficient with using basic Force powers, such as Push, Pull and others. However, Thorac focuses more on physical combat and is not proficient in higher level force powers.

The Mask: Removing Thorac's mask would be extremely painful....for you. Thorac's mask is part of a bacta implant that pretty much keeping him alive. Should someone damage the mask it would be detrimental for his health.

APPEARANCE:
Thorac is a very muscular 6'4 and 305 lbs. Thorac usually wears a long, black hooded robe with a fur collar. Underneath, he wears a sleeveless armored top with loose pants and combat style boots. Thorac has scars all over his body, most notably down his spine where the bacta implant was installed. Thorac carries two single bladed lightsabers, one on each hip. They glow a crimson red color. Thorac's voice, because of the implanted mask, has a deep, almost robotic tone. Voice Sample :

Thorac was born into a normal family, however was abducted by a Mandalorian pirate clan when he was 5 years old when his small hometown was raided. Thorac was brought into the clan and taken under the wing of one of their greatest warriors. Because of Thorac's immense size and strength, even at a young age, he was trained in hand to hand and melee combat by the Mandalorian. Thorac was subjected to very tough training and conditions in order to harden his mind and body. When he was 15 years old, the Mandalorian's compound was raided by the Sith. Many of the Mandalorian's were killed, but the leader of the Sith raiding party, Darth Moros, discovered Thorac and spared his life. Moros could feel the power the young one possessed, both physically and in the Force. Moros decided to take Thorac back to his compound and train the boy in the ways of the Sith.

Darth Moros introduced Thorac to the Dark Side of the Force, and subjected him to physical and mental torture and abuse to create a hardened Sith warrior. Thorac was trained in lightsaber combat by Darth Moros, and was trained to use his physical strength as well as the Force to defeat his opponents. Thorac hated Darth Moros for the harsh conditions he put him through, but viewed the Sith Lord as a father figure. Thorac would continue to train under Darth Moros for many years. Thorac and Darth Moros would fight many battles together and Thorac would finally be granted the title of Darth Virelor when he was 33 years old.

Thorac was always a very quiet and personal individual, not sharing his emotions with anyone. This changed one day when Darth Moros took on a "wife" named Relana. This woman, who was approximately 25 years old, was abducted by Darth Moros during one of his conquests and made to be his slave. Thorac was upset about Darth Moros kidnapping the woman, but did not share this with his Master. Thorac began to interact with Relana and felt emotions he had never felt before. Soon after, Thorac and Relana began a secret relationship behind Darth Moros' back. Thorac and Relana fell in love and would meet in secret outside of the Sith compound. Thorac knew that the relationship would not be successful without his Master's death, and began to plan his undoing.

One day, Thorac began to worry as he had not seen or heard from Relana in a few days. Thorac was called to Darth Moros' chambers, where the doors were closed behind him and he was suddenly surrounded by several of Darth Moros' Dark Jedi followers. Darth Moros approached Thorac with his hands behind his back. Darth Moros explained to Thorac that he knew of Relana's and his affair and that he could also feel that Thorac planned to kill him because of it. Darth Moros then raised his right hand from behind his back, revealing Relana's head held up by her hair. Darth Moros further explained that Relana had exclaimed that she loved Thorac during the torture she was subjected to, and that Thorac must perish for this. Thorac ignited his two lightsabers as the Dark Jedi attacked him. Darth Moros watched as Thorac slaughtered the Dark Jedi. After the battle, Thorac again focused his attention to Darth Moros. Flowing with anger and hate, Thorac rushed towards his Master, only to be stopped by wave after wave of Force Lightning. Thorac, while in an immense amount of pain, raised his arms above his head, and began pulling the walls of his Master's chambers towards him using the Force. The walls and ceiling began to crack and crumble as the stones shifted. Thorac could not live with losing his one and only love, and could not allow his Master to live after murdering her. While Darth Moros' Force Lightning brought Thorac to his knees, a yell of "For Relana!" pierced the air as Thorac Force pulled the chambers in around himself and his Master, collapsing the entire building.

Thorac awakens with a bearded man in brown robes standing over him. All of his surroundings were white. Thorac had survived the collapse, but barely. In a stroke of luck, or misfortune, a group of Jedi had been enroute to Darth Moros' compound when the battle had begun. The Jedi arrived and discovered the building had collapsed, killing almost everyone inside. Thorac was found by the Jedi and transported back to a small enclave. His whole body was broken, but a shimmer of life was still detected. The Jedi, along with medical staff, saved Thorac by implanting an experimental bacta implant into his body. The implant consisted of cybernetics inserted into his spine and other parts of his skeleton, as well as a mask controlling the flow of bacta into the body. The implant constantly repairs and mends the body from the terrible injuries that were sustained from the collapse, as well as the constant Force Lightning he was subjected to.

The Jedi knew that Thorac was a Sith, but thought that by saving him they could possibly redeem him. When Thorac awoke, he was met with an immense amount of pain throughout his whole body. Thorac looked around and realized he was in a medical facility, and that he was surrounded by Jedi. The Jedi began to explain to him where they had found him and what was done to revive him. Thorac's memory began to come back to him and he realized that he was not meant to be alive. This angered Thorac, and using his might, snapped himself from the restraints holding him down. The Jedi began to back up as some ignited their lightsabers. Using his Force Powers combined with physical strength, Thorac was able to dispatch the group of Jedi and exit the enclave after gathering his belongings. Thorac was able to acquire a ship to flee from the planet. Thorac, who was now 37 years old, leaves the Jedi compound. Constantly in an immense amount of pain, both mentally and physically, Thorac finally landed to the planet of Dantooine, living in seclusion in the wilderness for several years. During this time, Thorac learned to focus using the Force to use his constant pain to his advantage, increasing his strength and power well above his natural abilities. Thorac had many moments to think about the pain and suffering he has been faced with in his life. Thorac blames the Mandalorians for them abducting him from his parents, as well as the Jedi for bringing him back to life when all he wanted was to be with his Relana in death. Thorac feels a darkness in the Force pulling him towards it. He prepares to embark on a journey into the Galaxy to reunite himself with the Sith in order to unleash his hate and discontent onto those who have caused him sorrow.