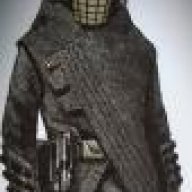 Strengths and Weaknesses:
+Proficient With the Lightsaber: James passed his years in the Sith Order not only studying about the Force but also training with the lightsaber. Although he is young, he demonstrated a natural ability when fighting. James trained in different forms os fighting but he focused in the Form Two, the Makashi. Using his curved lightsaber and an elegant techenich, James became a deadly opponent, even for a trained Force user and his abilities still have lots to improve.
+Knowledge About the Force:
James passed years of his life studying and searching about the Force. Kraves became obsessed about it. His knowledge of the Force.
+Strategist:
James is a great strategist, what puts him in advantage when fighting.
-James has big problems to focus himself on something besides studying during his travels in seek of knowledge and power.
-When fighting lets his emotions totally hide him, what sometimes can be dangerous.
-Arrogant:
One of the biggest problems of James is his great arrogance. James thinks that he is superior than most, not only with the lightsaber but also in the Force and most times his arrogance puts him in disadvantage.

Force Abilities:
James is trained in most basic force techenichs such as Telekinesis, Far-Seeing, Battle Meditation, Telepathy and more. James has also specialized in the use of Force Insanity/Fear, one of his most favorite powers.

Appearance:
James is very tall and a serious person. He has dark skin and is bold. He doesn't seem to be very expressive. He uses black Sith robes most of time.

Biography:
Once named James Korv was a child born in Coruscant. James was found and trained by Darth Corvus, an old Sith that tough him everything that about the Force and the Sith Order. James never saw his parents again. After some years Corvus died and James lost his master. James started his travels through the galaxy in search of knowledge about the Force, power and a new master.

Role-Plays:
You must log in or register to reply here.