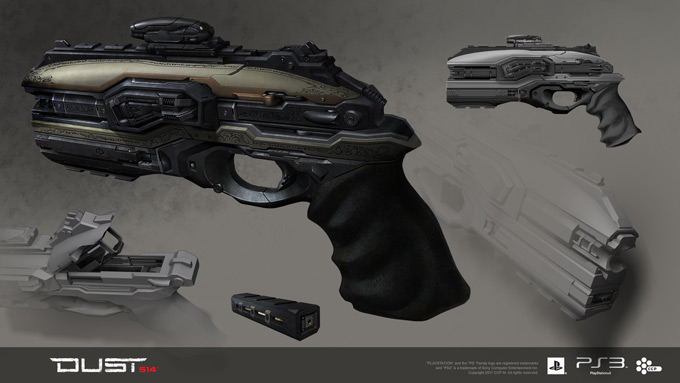 Production: Minor Production(Perhaps a dozen in circulation at any given time)

Description: This particular blaster is of simple make, by taking the relatively common and mass-produced Woebringer pistol, taking it apart, and adding an extremely small second firing mechanism, which shoots Microdarts about 3 centimeters lower than the plasma bolt will shoot. The purpose of this is to lure lightsaber-wielding Force users into deflecting blasterbolts, while at the same time shooting small, visually unidentifiable darts at them. These darts can be custom ordered to be coated several substances such as ixetal cilona, mild Sith Poison(Requires Valik to personally make, takes extra time/money), malkite themfar, quell toxin, as well as any other liquid poison that can be safely put on durasteel without burning through it. Naturally, while this increases efficiency against force-users this cannabalizes some of the parts that made the heavy pistol pack as much of a punch as it once did. Due to this the heavy pistol only bolsters about 85-90% of the original's power, but is still lethal enough to kill an unarmored target with a lucky shot or two. With the blaster physically indistinguishable from the normal common BTI-WB heavy pistol on the outside it's practically impossible for a Jedi, Sith, or anyone really to guess at their being a dart, although extreme practitioners of battle precognition might get the feeling something's wrong.

Character Bio
Limited production and an interesting alternative to the sonic weapons that I never see anyone using, ever. Very nice. Approved.