Intent: To create a set of clothing for Zack under his Merc Alias
Development Thread: no.
Manufacturer: Self made
Model: Battle gear.
Affiliation: Zack/Dark Rose.
Modularity: None.
Production: Unique
Material: Fiber mesh clothing, Durasteel Face mask. Hard leather boots,
Description:
As Zack is starting his job in the field as a Mercenary he needs to keep his true identity a secret and to give him a simple set of clothes that his Merc name would be known by. The clothing looks very much like a three piece suit other than the fact that, It has intricate designs on the gloves back and left shoulder. The undershirt is a bright red tank made of simple cloth, while the jacket and pants are made of Fiber mesh.

The boots are made from hard leather, and reach up to the middle of his calf. It is durable and can only protect against the weather and harsh terrain. The clothing is rather loose to allow him as much movement as possible. The belt can hold up to three small weapons such as a pistol or a dagger, however if a sword was attached to the belt it can only hold one other item. Pockets range from the inside of the suit jacket and on the thighs and the rear. However these pockets can only hold small items like a wallet, small datapad, keys, credits and the like.

However, it is very light and can only protect to direct blaster fire and slugthrowers. A single shot would not break the uniform, but to be hit a few more times in the same general area could break down the material and needs to be fixed. The uniform can stand a small grenade blast but it can only last through two of them. It cannot block lightsabers in anyway. And can be pierced with vibro weaponry.

The white face mask is just made to hide his face and has no other advancements. However, to look through the slits of the mask everything would look a crimson hue. The shaded lenses can change in darkness by how much light is outside of the mask.(think transition lenses but supped up alittle). Used to protect his eyes against flash bang grenades and bright lights. It can protect against small arms blaster fire, and shrapnel, but nothing much more than that. 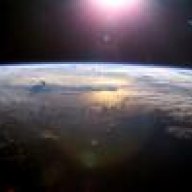 Okay, this a pretty good submission and follows the format rules pretty well. Still, I feel the weights a little low. Fiber Mesh is canonically a little heavier than reinforce fiber, and a vest of reinforced fiber is about ten kilograms.

If the suit itself is five, the durasteel mask should be around 8, and another two for the boots. (even without metal, combat boots are pretty beefy.) So, if you could push that weight up to 15-20 kg at the least, I'd feel better.

Otherwise, it's a good submission. Also, as you have already stated, this sub is just for the fancy duds. The nice sword in the picture isn't included.

Okay, I have no other problems. You're golden, pending an RPJ's approval!

Character Bio
I'd actually ask for the weight to be decreased, at least on the part of the mask. Modern combat helms weigh no more than 1.5-2 kilos. 8 kilograms, or ~16+ pounds, is a ton of weight to be worn on one's head without any sort of support. It'd be very tiring to wear. I could see the helmet of powered armor weighing that much, but a face mask should be far less. Modern ballistic face masks are also in that 1-2 kilogram range.

Given that, you could actually lower the total weight by about 5 kilograms if you'd like.

Aside from that, this submission looks good. Once you've made the weight change (the amount I'll leave up to you), tag me in a reply and I'll approve this.

Character Bio
Edited to 10 Kgs? Don't know if thats too low or not.
And I also added a small part for the lenses. " However, to look through the slits of the mask everything would look a crimson hue. The shaded lenses can change in darkness by how much light is outside of the mask.(think transition lenses but supped up alittle). Used to protect his eyes against flash bang grenades and bright lights."
@[member="Asemir Lor'kora"]