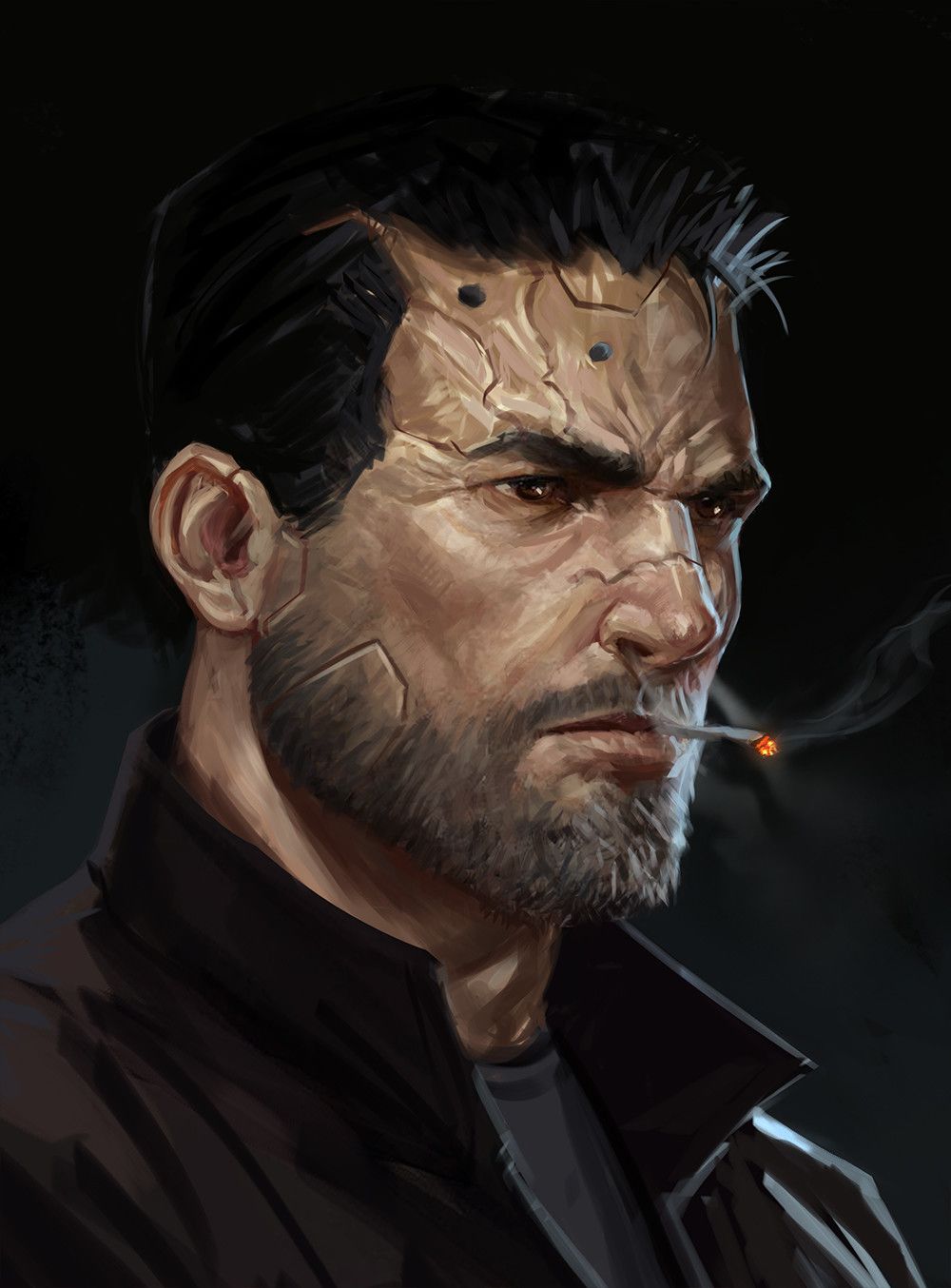 
Duality in Nature: ​
Van is often stricken with cognitive dissonance, as well as torn between logic and pragmatism as well as developing his empathetic side. Causing him to go from appearing supportive and warm, to being cold and logical at a moments notice.

APPEARANCE:
Van is slightly above average height. Due to his life as a mercenary and drifter his body has been scarred in various ways. He needed new eyes, mechanical augments for his jaw as well as a new right hand and left leg. He couldn't afford the high quality augments that came with skin grafts so he settled for the robotic aesthetic.

BIOGRAPHY:
From a young age Dare would stowaway on ships travelling the edges of known space. New colonies always needed work, even from a 12 year old. Travelling with ships caused him to learn new skills. The volatile situations with various cartels and groups trying to take controls over planets at their genesis. Caused him to learn the art of combat and war. He lost limbs and organs in that manner, and what ever he made usually ended up barely getting him through and just enough to recover after missions.

Van would usually have an easy time making friends. He really enjoyed company and valued loyalty and kindness in people. He always kept a certain wall however. Being alone from a young age made him feel most like he belonged when he was on his own. This duality between wanting a home, a society and a place to belong to always fought with his need to keep a distance. On top of that the constant travelling he did made it hard to keep contact with anyone and everyone.

No one but Van knows about his early childhood.

ROLE-PLAYS:
Post the links and the titles to all of your characters Role-Plays. To make things easier, post the link and name here as soon as you enter the Role-Play thread.
Last edited: Jun 29, 2020
You must log in or register to reply here.