STATURE
Dagon's size and conditioning provide him with collosal strength.

HERITAGE
Raised as Tal'napna, Dagon is well-versed in a variety of weapons, mounts, and tactics.

HEIGHT
Combat indoors or in tight spaces is difficult for Dagon.

PACE
Although mighty, Dagon is not quick on his feet.

BIOGRAPHY
Clan Namadi​
Clan Namadi began as an operation, several hundred years ago. Immediately prior to the Darkness, they braved the Stars in order to Hunt down an enemy of their Sole Ruler. Yet, as they journeyed further away from the safety of Mandalore, they were swept into the Chaos of the Gulag Plague. They were stranded. They were millions of miles from home. Before them laid only Death...but they were too stubborn to go quietly into Oblivion. In this time, it was either eat or be eaten - and the Mandalorians chose to devour everything.

Several hundred years later, as the Darkness finally began to break, the descendants of those raiders returned to their home. They had expected to be greeted with appetites hungry for blood. They had dreamed of riding into war alongside their vode for so long...Yet what they found was a broken people and a squabbling Council. But there was hope. There was always hope. And thus did Clan Namadi pledge themselves to restoring the vicious Mandalore they remembered.

Mere decades prior to his birth, Four Hundred Years of Darkness finally began to break. With its conclusion came a long-awaited return: Clan Namadi finally returned home. At that time, their path was guided by the hand of Khaliah. He was their Alor, crowned by combat and conquest. He was their hope, and by his lead did they settle on Mandalore. Dagon was born shortly thereafter.

As time moved ever forward, Dagon proved himself a capable warrior. However. There was a chink in his armor: Hesitation. Despite his cultivation by vicious hands, Dagon grew to be a gentle soul. He would fight when bid to do so. He would kill with brutal efficiency. But. There was always hesitation when it came to bringing the final blow. There was always a moment...of fear? Of doubt? Dagon could never put a word to it. His mothers would always warn that hesitation would get him killed. His father always said that Hesitation would get them all killed.

And just as a Dagon had become an adult, his hesitation caused a disaster.

It was a routine raid. A strike against a Galactic Republic Depot. The goal was to smash the enemy and make off with as much of their stockpile as possible. For a time, everything was going according to plan...but as Dagon had the Commander pinned, hands around his throat, he hesitated. That moment. That split second. It allowed the Commander to fire his weapon. Not at Dagon. Not at his kin. But at the stockpile. The explosion damn near killed them all. It left Dagon burned. It left the raiding party dwindled. There was no other option but retreat.

Khaliah did not take this failure lightly. In rage, he turned his back on his son and ordered his expulsion. It was by the grace of his mothers that a finite conclusion was added to this sentence. Dagon's banishment would last ten years, and in that time he was to quell his hestitation or never return. Dagon did what he had to do in order to survive. He departed his family in shame and lived the life of a Bounty Hunter to survive. From cesspool to cesspool did he wander, claiming lives for coin.

And when he did return, Mandalore was different. The Namadi were different. Arasuum had crept into the bones of their people, inspiring them to squabble on a Council. Even Khaliah had given into the madness, electing bureaucracy and inaction over selecting a Mand'alor. It was an odd world to return to, yet Dagon was welcomed by his kin regardless. And in those rare moments of action, he fought without hesitation. Yet change was coming. Not only to Clan Namadi, but to Mandalore as a whole. For a moment, there was hope. The people were rallied behind a new Sole Ruler and raids were launched against the Core.

But as quickly as they began did that Ruler fall. Disappeared. Presumed dead. In his absence, weakness. In weakness came Fire. Mandalore burst into flame. Millions perished in the blink of an eye. Even Clan Namadi was not spared from the calamity. When the dust settled and the bodies were accounted for, their Alor laid burnt among the dead. In that dark time, the Clan turned to their Mothers. The three wives led in the place of their husband, guiding the Clan to survive among the ash. They raided. They salvaged. They rebuilt as best they could.

And as the struggles continued, hope came alive.

That Sole Ruler had returned.

And Dagon rode for the Death Watch.

As time moved ever forward, the jaws of uncertainty claimed Dagon's hopes. That Sole Ruler vanished while he was offworld, and in his absence a brief vacuum of power consumed Sundari. By the time that he had returned to Manda'yaim, he was met with a new leader - Mand'alor the Infernal. Though the worthiness of the new liege was perpetually in question, she made the title her own by liberalizing the tenets of her predecessor. Seemingly, the crusade on the Force was over; but segregationary laws yet persisted. The Death Watch was repurposed under the new regime, being the axe which fell upon those who breached the new edicts.

Fate, being the cruel mistress that she is, fell upon Dagon shortly thereafter. In a brawl prompted by too much netra'gal, latent power sent one of his comrades flying across the local cantina. His allies turned into his adversaries in the blink of an eye and he was taken into custody. As a faithful slave of Manda'yaim, he gladly took the cure when he sobered. But, he could never look at sensitives the same. He could never spit at their feet or treat them with the brutality of his peers - because deep down, he know that he was one of them. If not for the parasites in his spine, he would be subject to the same treatment.

That ate at the heart of Dagon, and his bleeding conscience led him down a different path. He sought out those who could revert the cure and, one "whole", began life anew in Exile. 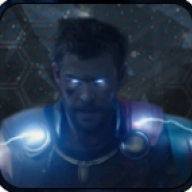 Just so you know, force users haven't been forced to be cursed for a while now on Mandalore. The use of the force is banned on the planet, but that it about it. Things are still tense but there isn't this rampant anti-force user sentiment anymore. That sort of died with Ra. Also all Mandalorians have been offered Cin Vhetin and are free to return regardless of which side they were on during the civil war. All those folk who spat at the feet of force users have either left Mandalore altogether or are changing with the times.

He sent his friend flying, with the Force, on Mandalore. Took the cure, couldn't live with it, and left.

Thanks for the tidbit though!
You must log in or register to reply here.