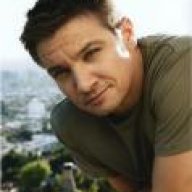 Dris Negan awoke to the suffocating air of a planet long considered inhospitable to most intelligent lifeforms across the galaxy. Rocks and glass peppered his shuttle's interior from where the ground had met viewport. Dris was lucky to be alive. Damn contacts always meeting in backwater planets that got horrible com signals. The Senior Agent groaned slightly as he unbuckled the straps securing him to his seat and slowly stood, taking inventory of his functions as he did. Arms? Good. Legs? Good. Shoulders? Good.

Dris felt like he'd just won the cosmic lottery, despite the hot air and various shallow lacerations that peppered his face and torso. He'd always been a glass half full sorta guy. Horrible place for a landing though. Dris made a mental note never to return as he double checked his slug rifle's load and exited the crashed vessel after eliminating any sort of trace of classified evidence from the shuttle.

It was a bit of a trek to the mining facility where his contact was said to reside.

Have you ever woken up inside a crate? Steph Zenima has.


A Crate.
​
The symptoms of ashtray mouth played hard and loose as her eyelids flickered to life, like a faulty security shutter one got half stuck on the ascent, not that the woman noticed of course. Small beams of light filtered in through the small holes in her new home. Where was this new home? How did she even fit in here? It was a cramped space with Zenima's feet touching the top and her knees in her own face. She had slept like this?

There was definitely a voice outside her cosy new digs. Probably somebody taking stock and finding out that they had an extra delivery.

“Nyyyeeeeeeh....” said the crate, as it rattled a little bit.

She could hear hurried footsteps, but they were not of her saviour, oh no, this guy was going to get somebody. How dare a non-player character have sense in this universe. No, take the horror film approach, open the mystery box of groans!

A thump, as the woman tried to kick the lid of the box off, kneeing herself in the face in the process. There wasn't enough room to get a decent hit, and she was sitting on her own hands. What kind of madness and spice fuelled bender had she been on?


Mining Facility, Mustafar​
The footsteps returned. “That's the one, that's the crate that moved.”

“NYEEEEEEEEHH!” A few more kicks pounded against the lid of the crate. Can you not use your human words, girl?

“Karking hell!” said the voice that presumably belonged to the senior officer, Steph wasn't aware of this but at this moment said senior officer pushed his subordinate into the crate and withdrew his blaster pistol. “What are you waiting for? Open it!”

Trembling hands undid the latch that was keeping whatever beast inside the crate, the suspense almost killed the poor lad as he flipped the lid...and found that no creature had immediately popped out and started mauling him. Ever-so-gingerly he peeked inside.

“What?!” the senior officer replied in disbelief, lowering his blaster slightly.

Why was this planet so damn hot? If there was a greater power responsible for all of this what was the purpose for a planet made entirely of hellfire? These were Dris's thoughts as he trudged along toward his contact's beacon through rough, semi fiery terrain. It'd be a bit of a walk yet.
Bio http://starwarsrp.net/topic/18409-request-pull-file-8857294847388/#entry222690

Upon reflection I should have really made my entrance closer to your location. Perhaps you can engage in a montage, with a nice walking song to go along with it, maybe like: Dris has been through the lava without a horse to his name, it would feel good to be in the rain. Okay, maybe not.

Steph merely remained in her crate like the cretin she was, temporarily blinded by the bright artificial lights that assaulted her senses upon opening. This would explain why she looked so mad.

“Do you need any help?” the lowly worker asked hesitantly concerned that the strange woman hadn't spoke yet.

Truth be told, yes, Zenima did need help. The angle she was currently sitting at was awkward. Cramped, upside down and with one heck of a neck-ache waiting at the other end. She mumbled. They didn't quite catch what she said. Once more she grunted. Nope, not nearly loud enough. So then she erupted:

Rather cack-handedly, the subordinate pulled the feisty and rather pungent woman out of her predicament by the legs and left her on the floor to stretch those legs out, like a little drunk sloth. The senior officer just stood there, marinading in his own disbelief, finding a pint-sized Republic soldier in a box was one thing, having her shout at you in same manner as a Gamorrean was another.

It was easy to get disarmed by such strange circumstance, the man shook his head and then promptly pointed the pistol at Miss Zenima.

“What's the Republic doing here?!
“Sir, I think if the Republic meant us harm they wouldn't send one soldier in a box.”

Okay, so that situation has tensed up a fair amount, so now we'll go live, back to @[member="Dris Negan"] with the planet-side report. What kind of lava temperatures are we looking at today, Dris?
You must log in or register to reply here.