Preparations were well underway. The Lady Red Magnolia, warlord turned civilized merchant and hunter-extraordinaire, sat out on the tier which overlooked one of Sikune's beautiful little lakes. Unlike every other visit, she used no rebreather despite the type-II xenon atmosphere that was artificially gravitated on the small moon. Instead, she had learned and was quick to employ it for the first time; binding the lesser oxygen molecules together with the power of the Force. Still, a simple enough feat, but requiring precision in lieu of strength instead. Even if she would eventually grow tired or unfocused, the atmosphere was still tolerable despite its lower oxygen yield. The skies above were absolutelybeautiful, rife with the vivid colors of the naked cosmos that easily pierced through the faint teal given off by its refraction. Very few places in the galaxy were so fine, a trait that inadvertantly made Sikune and its mother planet Mnencheiasus an even more valuable asset.
A single droid hovered up to the vixen upon her quaint little tea table. It was clad in a gorgeous white finish and trimmed in refined electrum, the pinnacle of Ri'ess Regal's secret experimental technologies and unique luxury. Not even the Republic knew of its existence, as it was once the personal project of the company's proprieter, the Mnenchei Queen herself. The vast majority of RRDI were not informed, and for it, one of the two top-tier prototypes was 'let loose.' Under the ill command of Lady Saybin, it could be autonomously used and remained an untraceable force of operations. A hardlocked self-destruction charge was placed in its torso to make sure it was doubly so.
"IBIS, how nice to see you. Ready so soon? Excellent, the ships are ready by the former Royal Navy yard outside of Exodus Prime. You know which ones to gather." the vixen calmly uttered.
Three Ravenous, four Menageries and two XoXaans. All the Languors they could carry included. It was quite the catch, and soon, it would be the Horde's. With a gentle breeze, @[member="IBIS-01 Taskmaster"] was gone. 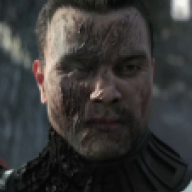 Character Bio
Doc was playing cards in a bar when he got a call about something that didn't matter. He hung up, because the thing he was called about didn't really matter and that nobody was really interested in.

(((@[member="Jack Harkness"], please send someone, or Isis will never let me hear the end of it. She does not believe me when I say no one takes this seriously, so who am I to deny her that?)))
---​

Character Bio
that's because nobody takes this seriously. []

Yes, thank you for... rectifying what I just said.

Character Bio
((This thread is not being taken seriously, republic leadership has deemed it unimportant since you took the ships in the opening post. Without fighting for them or giving a chance to be stopped. Next time you want to skirmish adhere to the spirit of fair play and we will gladly fight you.))
Senator​

Jack Harkness said:
((This thread is not being taken seriously, republic leadership has deemed it unimportant since you took the ships in the opening post. Without fighting for them or giving a chance to be stopped. Next time you want to skirmish adhere to the spirit of fair play and we will gladly fight you.))
Click to expand...

The corruption of a Nexus.

P
A State of War (Republic, Open to Spectators)
2

A Royal Arrival (Open to all Republic)