Character Bio
I'm looking to expand Mandal Hypernautics in a few directions by buying up some subsidiary companies. I need weapons and ammunition subsidiarys as well as a genetics and biology, and possibly a dedicated R&D company. But I'll probably grab as many subsidiary companies as I can get.

So... Anyone looking to partner their tier 1 or 2 company with Mandal Hypernautics?
​
"The Technology You Need, The Quality You Trust."​

Well I don't own a company but I'm delectably mad and have developed everything from tactical nukes to super soldiers. I do enjoy researching and developing new ways to kill people @[member="Captain Larraq"]

Character Bio
I have a growing list of development threads that require completion before I can move my plans forward. I also require IC backing to support the OOC technology that I end up creating. If you are interested in working with Mandal Hypernautics R&D department, then I'll accept the application.

The first thread I could see you participating in @Dr.Marie Krasnican, involves Stygium Crystals and a very big gun.
Another thread (which is pending the completion of a prerequisite thread) may result in Mandal Hypernautics getting a hold of some rather interesting genetic material to play with.

@Dr.Marie Krasnican
​
"The Technology You Need, The Quality You Trust."​

Character Bio
I've thought about the same thing @[member="Captain Larraq"] . If anyone isnt RPing their company anymore, taking it as a subsidiary company would be awesome. Always looking for more RP opportunities in the business world for this character.

I'd personally be interested in droidworks/automaton manufacturing, salvage, mining or shipyards.

I turned the development thread for my Mining Barge into a zombie survival story to try and get people interested in participation... but that got paused to deal with an invasion. I have a large number of mining threads planned out for the future, but I need to get through my current commitments first. And I've cranked out a fare number of droids so far... But I have an idea for one that just might require a development thread.

And as far as Shipyards are concerned... I will eventually need to do a development thread for a rather large orbital factory. Something in the 2k+ range.
​
"The Technology You Need, The Quality You Trust."​

No shipyard holdings currently. Hence why I was looking to buy if one became available.

We should RP together some time. I like to know my fellow non-Sith businessbeings throughout the Galaxy. I can't wait to see your orbital factory, or even visit ICly.

Character Bio
Hmmm... @[member="Captain Larraq"], how do you feel about the Entertainment Industry?

Character Bio
Other than for keeping the workers in my factories and crew of my starships happy, I really have little use for the Entertainment Industry. Well, outside of its PR uses anyway. Being a war profiteer, I really cant overlook a good PR campaign every now and then.

Character Bio
Then perhaps you might be interested in going in as partners into a joint business opportunity between Mandal Hypernautics and the Tenloss Corporation? I plan to expand into the tourism industry soon and having a predetermined area of operations and a willing and capable business partner, I feel that such a venture would do very, very well.

Since @[member="Captain Larraq"] has little use for the tourism/entertainment industry, what were you thinking? Exclusive members only beach resorts? Ski villages? Cruises on the great seas of Dac?

Character Bio
IC'ly at least. OOC'ly it would be under a major faction's roster.

You mentioned genetics, I've got this company lying around that I've done nothing with. Not interested in selling, but maybe we can do something with it.

You can still run it and just operate under the umbrella of Mandal Hypernautics. Once I finish one of my many neglected development threads, I'll have access to an as-yet unspecific form of zombie. Be it virus, bacteria, or parasite (probably parasite), the effects on the human body are fairly monstrous. Living, mutant, zombie-behaving creatures. Once the thread is completed, I was planning a second development thread that revolved around trying to uncover the details of how and why the pathogen did what it did... and try to weaponize it. It would probably result in a species sub for the parasite/pathogen. But if that's something you would be interested in doing with your company, just let me know. Another area of research I was hoping to get involved with is backwards engineering Vong weapon technology. Through dissecting Vong weapons to uncover how they work (as a dev thread). Then either designing mechanical weapons that perform similarly... or finding ways to merge the bio-weaponry onto a mechanical ship... (would probably involve several development threads)
​
"The Technology You Need, The Quality You Trust."​ 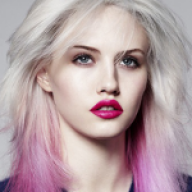 I have no company, but as a slicer who's totally not above doing anything for credits, perhaps I could help with these acquisitions? By perhaps finding compromising information/financial details from their systems you can use to claim control?

That actually sounds like it could be a fun couple of threads. Larraq is not above blackmail and bribery.
​
"The Technology You Need, The Quality You Trust."​

Okay, awesome . Just let me know when/if you want to start and the details @[member="Captain Larraq"]

Actually. It occurs to me that I have something I could use help with fairly quickly. I need blueprints for a Crystal Gravfield Trap. Canonically, the Imperial Remnants had plenty of them. Which leaves it in the hands of TGE. So if you could infiltrate TGE space and get me the blueprints I need, I'd be a happy little capitalist. If you need help planning the operation, PM me and we'll work it out.
​
"The Technology You Need, The Quality You Trust."​