Muddy rain sluiced across walls and roof-tiles, making the workers' shanty-town a dangerous path for a running man with an elusive target. A shock of blonde hair caught his eye after a moment of aimlessness, and he adjusted his course, going over and through dilapidated tenements and abandoned factories. Contruum had known better days. A Republic-backed terrorist insurgency had been abandoned and then ruthlessly suppressed; many people had visited since then, with varying agendas, and it had only ever gotten worse and worse.

The perfect place for a terrorist to hide. Or be recruited.

The traitor Grandmaster skidded across a rooftop, hurdled a gap, and crouched at the edge of a sheet-metal precipice, scanning in the Force for his target's mind. She'd have eluded him before now if not for that.

An Angel with a Shotgun 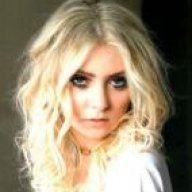 Character Bio
Running ... always running... It always comes down to this. Her thoughts brief and panicked as she raced along ducking between passing people, occasionally pushing someone aside. Contruum had been an interesting place, sad and alone, it had been perfect for hiding, and often she returned here to stay in safe houses. With the people who believed what she did, knew why she did it, and never complained, a light always left on for the Angel of Chaos.

A glance back over her shoulder revealed nothing. No one seemed to be following now, but she could not shake the feeling that someone was there. Someone was searching still, just knew it in her gut, and thus far her gut instincts had been the very thing to keep her alive. Somedays, instincts was all she had left. Hope had long left her, and she just fighting on the last she had. Sometimes, that was all you needed, to be on that last leg, to have nothing left to lose and everything to gain.

The being chasing her, was not someone she knew, not someone she recognized, but that meant nothing. There were many types of hunters in this galaxy and it was just as likely as anything that he was one of them.Slowing down, feeling only a little safer now with no visual on the man following her, her hand still rested on a blaster for the moment, though that was far from the only weapon she had on her. These days, no telling what would be pulled from the pack on her shoulders. Usually just enough weaponry for about at least six people if not more. One had to be prepared, and long had she stuck to the motto "P" for plenty. Nothing different about that.

Calming down, she turned into an alley, mostly empty, save for one or two homeless. Nothing she was really worried about. Her eyes seemed searching, still expecting someone to be after her, no one ever seemed to give up these days.

Coming to the alley's end she carefully watched the street for a moment, waiting to catch her breath. No force user her self, well .. not exactly the perfect truth, a darkness rested within. One not of her own doing, something barely remembered, for a while she had been a vessel for an ancient darkness. Something that had twisted her a little. Even unknowing of what had been left behind, she was still no saint, nothing but a sinner. She outright a killer, terrorist, whatever they cared to name it, she knew it. Some ways a fact that stung, to have to become the very thing she loathed to seek revenge for all that was lost so long ago.

"I'm getting too old for this mess." The shake of her head and a soft sigh came, somewhat relaxing. There were no footsteps following her, at least not this very second. But ideally, she rarely thought about rooftops, usually in fact the very last thing she thought to check, and such had nearly been her doom once. Sopping wet in the rain, mud covered boots... only a nerf hide jacket to keep the chill from cutting deep into her bones. And at least it left a few things hidden from sight, the element of surprise something a woman like her needed on her side.


Soaked hair, she pushed back out of her face, so tired and not from the chase. Just a cold tired broken soul, one who had seen too much, spilled too much blood, and ached for her deeds. Nothing was enough and the bounty, quite annoying. With her list of enemies growing longer, and the small group of allies growing smaller, something was bound to break soon. You knew this was all going to catch up with you someday. Yea, certainly did. Proud of yourself? What do you think? ... Sadly, Miss Passek had no answer.

OOC/ Sorry it's taken me so long! Too many things needed doing and I wasn't sure how to tackle this.

IC/ When @[member="Cora Passek"] checked the street, she saw nothing. When she turned, a man in a battered hat stood before her, hands up and empty. A powerful but subtle aura of calm, relaxation, and reduced paranoia settled over her. This was, she would feel instantly, someone she could trust. Such effects were worth nothing if one noticed them -- but four hundred years' mastery of mentalism had imparted more than a little subtlety to his actions. The Traitor Grandmaster's black eyes locked on Cora's.

"I need a terrorist," he said simply. "To help me steal the biggest starship in the galaxy from the Confederacy of Independent Systems. I helped design it; I know it inside and out; I know exactly how to force a shipwide evacuation. All I need is another pair of hands. Are you in? If you're not, I can go to the Rebel Alliance, but I want the best."
You must log in or register to reply here.

To Live or Die Together