Construction (Open to All)

Okuro entered a Ship Repair Shop to fix one of his LAAT Gunships. He had barely managed to escape a skirmish with some pirates, but it left him and his ship badly damaged. His main cruiser was in orbit, not having sustained much damage, but the same couldn't be said about his Gunship.


"Hello?" He asked weakly, dropping to his knees. The poor thing could barely stand. He was tired, hungry, and barely had enough to cover his ship's repairs. "Hello?" He called out again, nearly collapsing. 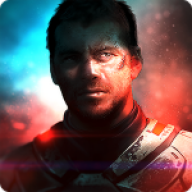 Character Bio
Tiali's eyes crack open after the first 'hello' slowly sitting up stretching out his back his hand slides to his hair gripping tightly, his diluted mind wondering what or who would wake him at this hour of the afternoon. Standing on the mattress he steps in between two tweliek ladies only just dodging not really worried about waking them as he continues stepping off the bed towards the original 'hello'.

Before stepping out he stopped mid thought, should probably get some pants. Groaning as he bends down to grab a pair on the floor he quickly slides them on as he makes his way out still shirtless.

As he steps up to the front counter as the second hello buzzes into his ears his hand holds the side of his head the other blocking the outside light. "What do you want?" His voice carrying a agitated tone to it as his blood shot eyes scan the room spotting the guy at the entrance.

Not a second later Tiali raises a brow coming to the realisation, he doesn't own a shop.

(Top 10 Anime Plot Twists)
You must log in or register to reply here.

Lost (Open to All)

Technical difficulties (Open to all)
2

Red Rabbit [Open to all]

In Storage {Open To All}