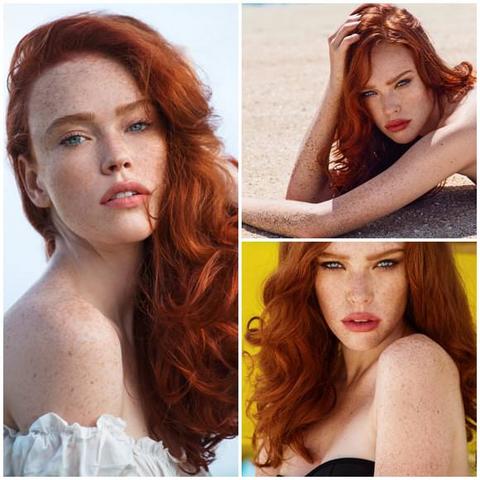 Cassia actually has a pair of personalities – and not in a multiple personality disorder sort of way. She has her stage persona, which is confident, sure of herself, strong, and alluring. She draws people in, fills them with desires and needs of all sorts, and leaves them wanting more. There’s never hesitation in the things she does – though she makes sure to mind the things she says and does, depending on who is around and what sort of situation she’s in.

And then there’s the girl who isn’t putting on a show. Cas on her own is shy at first, perhaps even a little bashful, and easy to flatter. But once someone gets past all of that, she's witty and charming – though not in the same way that her stage persona is. She’s mild tempered, can be as ornery as they come, but overall is really just a plain Jane out of the spotlight.

Cassia is the younger in a set of twins, originally named Lunaria by adoptive parents, but she despises the name and refuses to be called Luna and therefore changed her name. While she was by no means a weak baby, or premature by any means, it did not take long for Calixte and Cassia’s mother to figure out that one twin was Force sensitive, and the other was not. With that being the case, their mother decided quickly that Cas would be much safer somewhere else, as she would not grow to have the means to protect herself. As such, she arranged for the child to be taken away to some place where she would be safe and hopefully never have to deal with any sort of backlash from the decision made.

While their mother had Cas’s best interest at heart, she had been wrong. While the younger twin may not have been Force sensitive, Cassia is a fast learner. She may be coy at first, but she isn’t afraid to learn something new, especially if it’s something that’s going to save her life if the need arises. That is why she took to dance so easily – not the traditional, or the less traditional sort either. While sure enough, Cas is fully capable of doing the less than traditional dance, her body is well trained to do something more akin to belly dancing.

Her life growing up had been a series of bouncing around from place to place, and it wasn’t until she had learned to physically take care of herself that she finally broke away from the pattern and ventured out on her own. She had the skills to survive, and what she didn’t know she learned quickly through trial and error right up until she ended up where she is now. And that had left her content, happy, and safe.

However, a surprise encounter with her twin sister - Calixte - changed all of that. Learning who she was, that she has real family out there (and a whole different name to boot), changed everything Cas had ever known about herself. It made her question everything that had ever happened in her life, and when her sister couldn't give her the answers she wanted, it caused a bit of a rift between the twins. Nothing violent, and nothing hateful, but Cassia had been very clear about needing space to absorb all of this new information, and Calixte had reluctantly given said space.

From there, Cassia had more or less set out on her own - and to reclaim her birth name. She of course is still a high end, well paid entertainer, and she still gets all of the best bits of information because of it. That hasn't changed a wit. But now she's also looking for a higher, better purpose and use of her time, trying to prove to herself - and others - that she never should have been considered weak in the first place, much less cast out because of it.