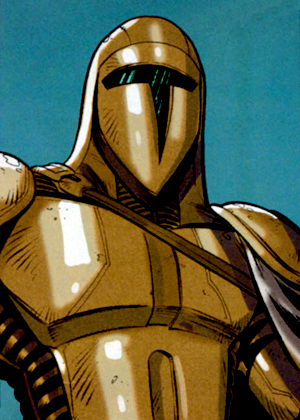 -) Mood Swings
Cassanus has rare mood swings, he is trying to stop them but is so far failing

+) Good Education
Nobody knows where Cassanus got his education, but it is damn good

-) Flashbacks
Very similar to mood swings, Cassanus has flashbacks of his previous life
------------------------------------------
Biography:
Much is unknown about Cassanus's origins, not even his Mandolorian comrades know about it let alone normal beings, what is known is that Cassanus emerged from nowhere when he was 18, hungry, tired and thirsty the Mandolorians took him in. For some time he was considered an oddity and was shunned by most people, which left him in a feeling that he wasn't wanted, no Mandolorian wanted anything to do with him and he seemed distant at times. He still had a few friends, they were the more unpopular Mandolorians.

Cassanus trained by himself and soon managed to build up some muscle, he quickly became very fast, but he was still seen as an oddball, he trained himself even more, soon his friends decided to teach him how to use a blaster, he was a good shot, some of his comrades started noticing how hard he was training, he soon became a accepted Mandolorian and was allowed to make his own armor, an honor they had originally denied him.
------------------------------------------
Ship: None

Roleplays:
The New Guy
Welcome to the fold [dominion] Welcome! I look forward to writing with you.