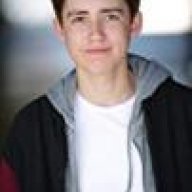 ​
x Family​
Father: Nick Phoenix (Darth Illusio)​
Mother: Unknown
Siblings: Unknown​
Pet: 1x Vornskr - Ruby​
x The Force​
Force Sensitive: Yes​
Force Rank: Not even close to Padawan​
Force Alignment: Neutral Good​
​
​
​
​
​
​
X Weaknesses & Strengths​
Strengths
Is it a normal thing when every girl on the corner calls you a cutie just because you are young? (Cutie / Young)
I have enough time to learn about new things. Oh, I love to study and I hope I can find someone to teach me a lot of new things. (Loves studying)
I am able to study pretty well as my grades are the highest of the class. (Can study well)

Neutral​
My father never told me, that I am like him a Force-Sensitive. I can feel the force sometimes, but dad keeps on telling me that it is the wind. (Force-Sensitive)​
I am too young to know about the force. He wrote entire books, which are all about the force. Some were written in languages I did not understand.​
I will try my best to learn those languages and those books.​
Weaknesses​
My dad always told me, failing is for those that are not driven enough to get to their goal.​
A person is defined with the weaknesses and strengths one has, without weaknesses you are never going to be strong.​
You will not have anything to improve upon. My weaknesses is that I can't understand any language except Galactic (Uneducated)​
I might want to take a quick and easy route, but quick and easy is not better. (Gullible)​
I think I can fight, but I never got any formal training in combat. I will still try my best though! (No training)​
I never had a nightmare. Isn't that strange? (Highly affected by scary sights and visions)​
I was never placed under the security of any faction. I have been dropped in an orphanage at the age of 6. (Unaligned Faction-wise)​
​
X Facts about History