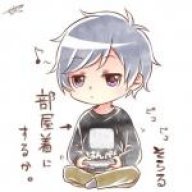 Eyes: Bluish-Green mix with a small yellow circle that only appears while wearing something yellow

BIOGRAPHY:
Caelum used to live in one of the core worlds but with parents being killed by a militant group his brothers moved the remaining family members to one of the outer core worlds known as Ession. After moving to this planet Caelum started working at a factory to pay for the home the brothers were renting but Caelum was not content with this lifestyle and started writing political statements and writings in order to get the attention of the faction known as the Dominion. After getting members of the Dominion's attention he joined the faction and was finally content with his lifestyle. When he joined he was found out to be force sensitive and started his training for the way of a more neutral type of force sensitive instead of a Sith or Jedi. After he started his training things began to go awry. The faction was devolving in his eyes and he knew that there was nothing about it and so in the dark of the night he fled from his training ground and snuck onto a ship. To his dismay, however, the ship did not merely go to another world where he could start over but rather it took him to Helska, a planet he had no knowledge of. He barely survived his first week on the planet and in a stroke of luck, he managed to secure at a job under Ra'a'mah's management where he now works.

BIOGRAPHY: Caelum has grasped and utilized the aspects of using the force, however, he is barely proficient in it and it will take him time to develop