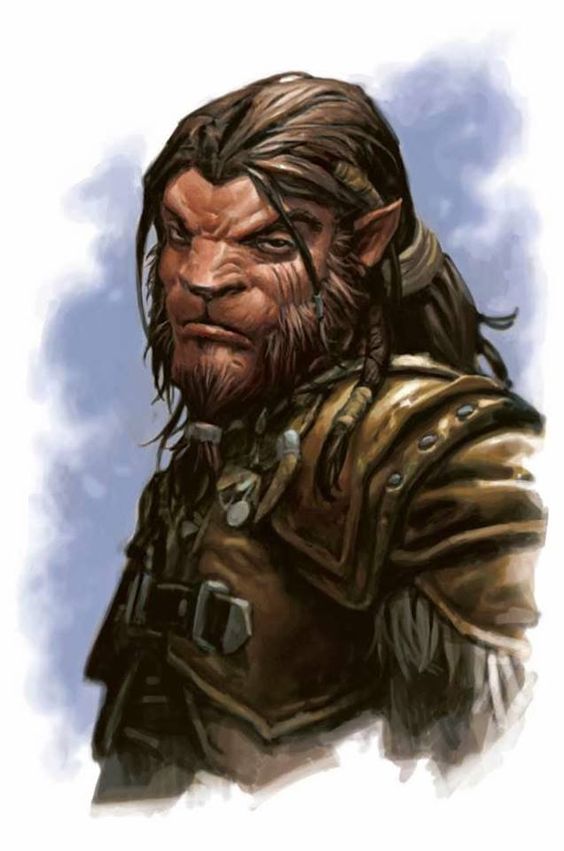 Special Features:
-3 Deep scars placed down from his temple to his cheek on his right eye-
-Long dreadlocks put into a ponytail that reaches down to the middle of his back-
-Sideburns that cover his entire jawline to his chin-
-A long roughly braided beard that reaches down slightly past his neck-

(+/-) Mood Sensitive Fur - Being a Bothan means Bok has a unique trait, that trait being that his fur will represent his mood, which can both be a positive and negative trait as he can not hide his intentions when conversing with another bothen or those skilled in Wrendui. So those that can detect his true feelings may feel more comfortable or tense around him

(-) Selfish Desire - Bok cares first and foremost for himself, so if he ever has a choice between himself and others, he will always choose himself without question

(-) Greedy - Bok has an unhealthy obsession with power through the gain of credits, however he dose also enjoy the idea of being in charge, cause that means a bigger paycheck in his mind

(+) Born Leader - Being tied in with his selfish desires and his greed Bok greatly enjoys being in charge, however this skill also ties in with his natural born skill of diplomacy and charisma, he has a strong ability to lead and control those under his command effectively and efficiently even being able to push those under his command harder then even they could imagine

(-) Paranoid - Being a Bothan can have its downsides, especially when understanding how ruthless they can be when striving for their own political or economical success. Bok has naturally developed a small sense of paranoia when dealing with those he doesn't fully trust or understand

-Akan Estate-
Former estate and home to Bok's once well established clan and family, now left in ruins the estate is a crumbling mess located in Bothawui's mountainous regions. It's outer protective fences and walls stand guard against intruders even though within these stern, strong and unbroken walls lays a crumbling ruin of a once luxurious and great home. Upon entering past the only entry to the estate is a short driveway that connects and encircles a large dilapidated fountain, with what would appear to be a small statue placed in the middle of it appearing to be where the water would come from,however due to years of neglect this object is almost unrecognizable. The home itself is in its own state of disbelief and stubborness as it refuses to simple give in and fall apart, even know it has been left alone for years. Once you manage to navigate the estate you could possibly realize that it had several bedrooms, bathrooms, two large studies that connected to one another through a small library of knowledge that has been left to collect dust, the library is all digital holden many discs of history and clan knowledge. Out the back end of the estate is the only building and area that has not been left to rot.

Its a small building that was once the main garage for all manor of vehicles and basic storage for stock of weapons and armor. Now it has been renovated and maintained into a workshop and living area, a large pit has been dug out in the workshop to allow someone of a Bothans size to get under a vehicle and work upon it. Many tools and even a 3P0 droid assigned to assist and help even with what seems to be some makeshift repairs for one of its legs. Push into the far corner is a caged and locked area that is stocked with munitions,fuel and weapons. Newly installed and built the living area is a small area that is tightly fitted with all basic needs. Even managing to fit a computer and small makeshift workbench that is equipped with several tools.

-Naboo-
(Safe-House)
A rather small house located in Theed, it was a token gifted to Bok after he had done a few rather tedious and dangerous jobs for a Neimoidian,
the house is well kept and maintained. Two-stories tall this house holds all basic amenities needed even having a small walled in outdoors area that has a few potted plants that produce local and external fruit and veg. On occasion he may lay low in Naboo due to the fact this safe house is well kept and maintained even if he is not around to do it. The house is in a rather heavily populated location yet it maintains a very low profile look fitting in with other homes and buildings around it.

-YT-2400-
"Sol Strydr"
A light freighter of the YT series designed and manufactured by the Corellian Engineering Corporation, this ship has been modified and repaired several times over. Renamed "Sol Strydr" by Bok the ship was not always in his possession, its original owner and captain was named Colsen, who worked within the Kaaga and Bothan Run dealing in the highly illegal and disliked Spice trade. Bok was hired by Colsen to help him export a large quantity of spice, after a few solo jobs Bok was offered a position as part of Colsen's small smuggling crew. Trained by Colsen and his crew Bok slowly grew in recognition and rank slowly obtaining large amounts of credits and spice to himself. However terror would strike the Sol Strydr when Colsen was killed by mercenaries hired by a Hutt who had put a price on Col's head for his treachery and betrayal. The crew unsure about this newly found information about their so called "captain" started to drift apart.

Realizing the situation would only worsen more while they had no leader Bok devised a plan to take over the helm of the ship claiming himself captain and soon being challenged by the crew due to the fact they did not want to take orders from a "boy" this created a major distrust between the group, But Bok would not be challenged anymore when he struck a deal with the Bothan government. Bok tricked the crew into landing on Bothawui. This treachery was unsee by the crew as they had underestimated the teenagers true capabilities. Now surrounded and grounded the crew fought to the death with the authorities until the last standing member named Pol, he was a bulky strong built Ghular. This standoff ended when Bok shot Pol in the back, a shot right through the back of Pol's head killing him instantly.

Now with the remnants of Colsens crew dead, having been killed by authorities or Bok himself the Sol Strydr was his to keep, and he has kept it since that fateful day. However every now and again Bok may remember his former captain and leader reminiscing of the days he spent training and learning about the "Tricks of the trade" Over time the ship would encounter its fair share of issues and problems, but over time Bok had learned about how to maintain the ship, not just to repair it, but also to modify it and buy brand new parts with credits.

-DT-12- & -A280C-
Bok's first and foremost blaster is a jury rigged DT-12 the blaster has had some heavy modifications done to it due to the fact this weapon is not brand new, and it's quite old and previously belonged to Boks former captain Colsen, so it has had some very heavy use in its lifetime. However the blaster has never let Bok down when he has needed to use it. Its sturdy and rather good fire rate make it a reliable source of protection alone, yet it does has a tendency to abnormally overheat when in used constantly.

The A280C is an efficient weapon that has some wear and tear marks on it due to over-extended use. Looking rough on the outside yet once Bok started to maintain it and do some homemade modifications to it, he realized that the interior of the weapon are still rather new and well kept. Bok slowly learned how to use the rifle proficiently


-Padded Combat Pants-
Being the only piece of equipment that is considered proper armor these combat pants seem to be of a rustic design, perfectly fitting a bothan. Having some pathwork done to it the pants were previously owned by Boks clan elder that was later in his teens passed to him. The pants are a mix of what seems to be a thick animal hide exterior and a strong plastoid-alloy interior of armor plating that stretches down to his shins. Designed to be a comfortable fit for any situation these trust pants work well in almost any environment and do provide some much needed warmth if Bok was ever in more colder climates. Wet climates are also optional as the design of the pants will stop the intrusion of water when the pants are tightly sealed.

-Lightweight Boots-
Technically classed as lightweight all terrain boots, these shoes provide a comfy warm interior with a rough leather like exterior that can withstand most terrains without breaking under pressure. Just like the pants they are well suited for colder and wetter environments specifically designed to stop water from getting within them. Yet unlike the pants these boots are also designed to withstand hot environments to, simply by allowing heat to moderately coax the boots fully. In layman terms it evenly spreads the heat around the entire shoe then slowly breaks it down. Stopping feet from producing to much sweat.

-The Trench Coat-
Reliable,comfy and with plenty of pockets and places to hide things this lucky trench coat is a family heirloom almost in his clan, it belonged to Boks great grandfather who passed it down to his son, the process has been repeated many times until it reached the last heir..Bok. The coat has be modified and fitted with many hidden pockets and a thin flexible layer of alloy has been placed within the trench coat allow it to withstand some melee attacks, however it is still very vulnerable to blaster and slug fire, as the many patched up holes will tell you upon looking at it. Its long and has a thick collar that protects the back of the neck from sunlight and rainfall. Judging the coat from the outside may not be the best thing to do, as this coat provides its wearing with much utility protection from the elements, it may have its battle scars but it's still a good coat.

-The Trusty Combat Knife-
A typical combat knife, that you would find on most mercs or soldiers alike. Over the few years of its use the knife has developed a sword of slightly modified curve to it. Mostly used as a utility tool when in need the knife has in times of dire need seen its fair share of blood however. Not a particularly powerful weapon, yet versatile the knife has helped Bok in times of need. For instance when he was "wrongly" imprisoned in Bespin, Bok had managed to smuggle the knife within his thick long braided hair, allowing him to escape from "false" convictions. However an unfortunate guard or two had to get in the way of his escape, which might have been in bad taste of Boks end,however he did say it wasn't him and no one would listen.

Character Bio
(RESERVED) ​
You must log in or register to reply here.