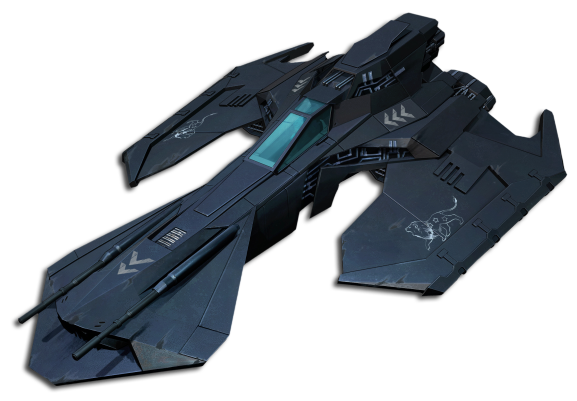 
The Stellar Lion comes fully equipped with the whole standard array of shields, systems and components that are normally associated with vessels of this size and class.​
ADVANCED SYSTEMS


Hear Me Roar..: The Stellar Lion was built to be a high performance, overall beast of a starfighter. It doesn’t really fall down in any regard, yet manages to excel in several all at once. ​
​
...But Only If I want You To: Fully kitted for discrete operational use with a variety of stealth or subterfuge packages available depending on the situation. ​
​
There & Back Again: While the Stellar Lion featured an extremely fast hyperdrive to begin win, this has subsequently been finely tuned for even more speed and reliability. ​
WEAKNESSES


Deceptively Fragile: Due to the finicky fine tuning and high demands of the vessel’s various components, exposure to EMP or ion massively impacts its overall performance. Even after a full restart it will never quite reach its former potential until it receives full maintenance.​
​
Conditional Subterfuge: While operating off the radar, the speed of the fighter cannot exceed Average without leaving a small, yet detectable trail. Unless the pilot takes additional precautions not offered by this ship’s features, even then they could potentially be detected via the force.​
DESCRIPTION


Originally designed to replace the Jedi Order’s Savage Starfighter and expunge the embarrassing upset caused by the Redshift’s various shortcomings, the imaginatively named Blueshift-Class Assault Starfighter never made it past the drawing board during the time of the Old Republic, mothballed in favor of pursuing larger, more lucrative vessel contracts instead. Effectively laying dormant in the dusty archives for several centuries before being unearthed during one of the driveyard’s countless renovations as of late. Even then it was passed over multiple times before crossing the current Technician’s desk.​
​
Inspired by the challenge of bringing the vessel not only to life, but also up to modern code, the technician set about creating a very small, very select limited run. Of the initial ten planned, only three were completed, with the third being dismantled for a separate pet project not long after the testing phase was completed. The two that managed to survive were ultimately sold on to recoup the cost of their parts and are rumored to have been purchased by a private collector from House Arenais. Whereabouts currently unknown.​
​
From the design specs filed into the company mainframe, the Blueshift-Class - dubbed with the working title “Stellar Lion” - managed to set several new starfighter benchmarks for KDY during testing. ​
​
The base frame is a standard durasteel-duraplast composite mounted with a vardium steel outer shell to reduce the thermal footprint. This was further treated with an internal layer of nightshadow and an external layer of programmable paint. The latter granting it the ability to alter the very basic aspects of its own appearance at a moments notice, a boon when coupled with the signature modulator. Several additional stealth systems were added simply because the galaxy is an unfriendly place and the less attention you attract the better in the Technician’s mind. ​
​
Quad high performance engines were tuned lovingly beyond their factory specs, providing an extremely impressive amount of speed for a ship not outright classed as an interceptor. The four engine thruster system and maneuvering jets also granted it an undeniably superb mobility, making it capable of not only turning on a cred, but also accelerating in reverse at a sudden moment’s notice. Impressive to be sure, although the real feat was managing to accomplish this without turning the pilot into red jelly paste. A kink thankfully worked out before the inaugural test flight.​
​
As a fast ship would be disappointing without an equally fast hyperdrive, a custom integral model was built entirely from scratch, utilizing components from several leading models to achieve an impressive 0.375 rating. This was further tuned down to a 0.25 after an incredibly grueling labor of love.​
​
In terms of weapons, the load out comes with a pair of nose mounted, twin-linked solar ionization cannons to give the vessel some scorching punch to go along with that blistering speed. A similarly twin-linked, but less impressive set of fast firing light laser cannons were placed beneath the vessel’s wings, flanked on the inside by a flex-tube launcher set to hold a variable payload determined by the pilot ahead of time.​