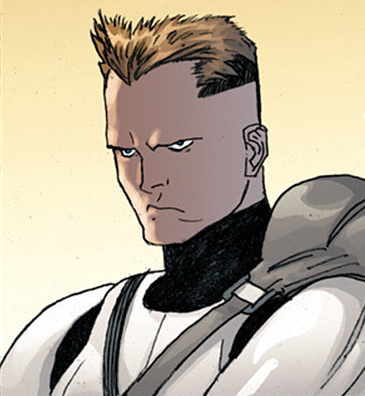 STRENGTHS AND WEAKNESSES:
+he has been a soldier for most of his life and is well aquatinted with most firearms and explosives
+Born leader
=when he gets an idea, he will run with it no matter what
-doesn't respect rank
-very blunt
SHIP:
XR-95 (the gadarene) (or just "the Gad")

BIOGRAPHY:
Tives was a sergeant in the Imperium legion. after the coup, Tives fond himself under the command of a warlord who sought to split away from the Imperium. Tives fought against the Imperium on the side of the newly founded Coalition. Ben watched as the horrific civil war tore the the cites of Bastion apart. when the Sith Empire invaded Bastion, Tives was sent to aid the Imperium loyalists. on his return he assumed command of the retreating Coalition and Imperium forces, despite his low rank. after the battle he was promoted to lieutenant.